The platform industry is obviously very important for intermediaries. It’s also great fun for journalists as many of its main proponents seem to have no problem publicly battling each other in blogs and Twitter posts.

They do so under a thin veil of professional courtesy, and fair play to them – it really brightens up a dull day.

Amusingly, allegations are flying back and forth among platform chiefs who are accusing each other of being biased by their vested interests in how they interpret the current debate.

For fund supermarkets to have their so-called ‘legacy’ revenue businesses given a shelf life is unambiguously bad news.

The whole thing has attained a mind-bending quality for me because the accusations of vested interest were themselves of course being made based on vested interests, as were the counterarguments that stemmed from those and so on…

Obviously the platform industry is broadly split between the giant fund supermarkets, which make a lot of money from the rebates they receive from the fund managers of all the assets they host, and the wraps, which are generally unbundled and therefore earn their keep from client fees.

Both types of platforms of course argue that their structure is the best for clients, and that fundamental thesis is continually tweaked and reiterated in light of any new development or criticism you throw at them.

But in this case, you can’t help but feel that fund supermarkets really have been checkmated by their smaller foes.

In its platform policy paper late last month, the FCA introduced a surprise ‘sunset clause’ that will outlaw all platform rebates full stop from April 2016.

The fund supermarkets knew they could no longer rely on rebates from new business, but to have their so-called ‘legacy’ revenue businesses given a shelf life is unambiguously bad news.

The wraps wasted no time in reaching for their keyboards.

“If we’d just had pretty much all our revenue cut off from April 2016 I’d be pretty worried. Luckily we haven’t,” tweeted Nucleus’s David Ferguson.

Contrastingly, the big fund supermarket tweeters seem to have all gone a little quiet. Funny that.

On a more serious note, as John Lappin suggests, intermediaries need to keep a close eye on the platforms’ corporate situations because you would not want to put clients on a platform that decides to pull out of the business immediately afterwards.

As ever, Investment Adviser will endeavour to keep you ahead of the game on all this. 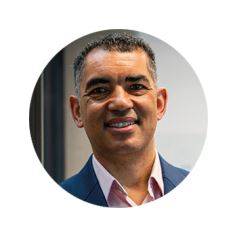 Letters: Industry is charged ever-increasing fees because of fraudulent misrepresentation