A National Retirement Advice Service could be paid for by regulatory fines to ensure that everyone receives advice at retirement, rather than simply guidance as was suggested in this year’s Budget, the Personal Finance Society said.

Ahead of the Budget, the PFS confirmed to FTAdviser that it pushed for a fully-integrated guidance and retirement advice solution, with the initial information stage delivered by a wide network of National Retirement Advice Centres, including AgeUK, the Citizens Advice Service, the Money Advice Service, the Pensions Advisory Service and professional adviser firms.

After it was announced in the Budget that the government would force pension providers to offer everyone with a defined contribution pension free guidance at the point of retirement, Keith Richards, PFS chief executive, says he had now gone back to the regulator and government to explain how a full advice service could be offered.

He pushed for fines to be used to fund the service.

Last year it was revealed the Financial Services Authority collected £381.8m in financial penalties in 2012, but now any charges, net of enforcement costs, go to HM Treasury.

While pension providers have a key role to play in the timely delivery of information, Mr Richards said a National Retirement Advice Service must be seen by the public as impartial and free from any bias, real or perceived.

Mr Richards said leveraging the existing infrastructure already in place - including regulated advice firms - will deliver the most cost-efficient and effective solution, with access points to suit all consumer needs and preferences.

He said: “Initial guidance could be made available face-to-face, over the telephone and internet-based. This would be supported by government information leaflets and checklists, making clear what the main considerations and options are.

“A decision tree principle could also be incorporated to help consumers more appropriately decide on the next steps and whether they need further guidance, or regulated advice.”

The proposal also included the option of a voucher system for advice funded by a re-distribution of regulatory fines.

Part of the PFS’s proposal is the creation of a ‘focused’ regulated advice process, to better address retirement needs and expectations of the public.

According to Mr Richards, this would potentially help to increase access to qualified advisers and reduce cost, rather than forcing a full review every time.

Mr Richards said the option to expand into full advice, based on the client’s individual needs, would of course remain a key feature.

The PFS’s plan came after Royal London said the government should task the Financial Conduct Authority and Financial Ombudsman Service with developing a new form of advice for those coming up to retirement and not leave it to providers to deliver this service. 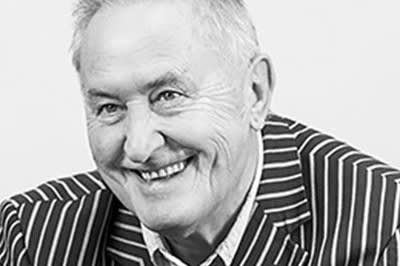 Personal Pension Regulation
A service from the Financial Times