A recently published Hornbuckle Mitchell story stirred up some strong emotions with advisers, with the majority of comments lamenting the service Sipp providers offer.

The story, published last week, revealed that two Hornbuckle Mitchell clients believe they have been left in an “awkward position” after the Sipp provider removed their adviser’s agency and refused to have any contact with her after a string of complaints over service levels.

Hayley North, a chartered financial planner for Rose and North, had her agency removed and the Sipp provider is refusing to deal with her “in any form”. Hornbuckle has told the clients that all their communications will be direct to them.

One commentator questioned Ms North’s behaviour towards Hornbuckle, stating, such is his disbelief that this can occur, that “there must be something untoward otherwise HM would have done this with other advisers”.

Another commentator added that he suspects he “will be next for the chop by Hornbuckle”, adding that the firm “does not provide any service at all”.

A number of other comments on the story complained about Sipp providers’ service more generally.

Last year, Dentons Pensions was the only bespoke specialist Sipp provider to receive five stars for service - and in fact the only one to achieve more than three stars.

Thousands of advisers vote in these awards and Sipps are meant to be the bespoke end of the pensions market, sold on their service. So why did only firm receive five stars?

A retired IFA I was speaking to was of the view that this is due to Sipp providers being the last to be fully regulated.

“They have recently fallen under the FCA and up until then they only dealt with HMRC. The regulation is not helping. It must be difficult to be regulated by two different organisations with two different agendas.

“Previously they just had to ensure the product was [Sipp-able]...they are not usually giving investment advice but there is more [onus] on them now.

He added that Sipp providers are all taking on products that were in the insurance companies’ domain and as their fees are far lower, generally a fixed annual fee rather than a percentage of funds under administration. They have “bitten off more than they can chew”, he believes.

“They are too busy to deal with you so the service falls flat.”

However, as well all know businesses compete on two things - service and price. So if one flats flat, does the other make up for it? 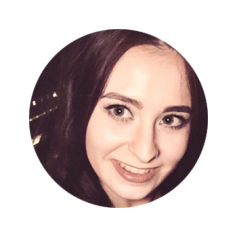