When it comes to performance, fixed income has had a mixed 12 months, with the UK Gilts and UK Index-Linked Gilts delivering the best performance among the Investment Association’s bond sectors.

Amid an environment of low interest rates and low inflation, many investors could have overlooked government bonds. And at the start of 2015 the yields on 10-year UK gilts and US Treasuries both sit below 2 per cent, as of January 14, while the best yields can be found on the much riskier debt of countries such as Greece at 8.8 per cent, which is facing its own issues with a snap election scheduled for the end of the month.

But in spite of this, it seems the best performing asset class in 2014, according to data from JPMorgan Asset Management, was 30-year US government bonds, which outperformed even euro area periphery bonds, which had returned 25.1 per cent.

John Bilton, head of JPMorgan Asset Management’s global multi-asset group strategy team, says: “Last year’s biggest surprise may have been the 45 per cent slump in oil. But undoubtedly the most costly one, given consensus short bond positioning at the start of 2014, was the 120 basis point rally in US 30-year bonds, equating to a total return of 29.4 per cent.”

But that said, for the 12 months to January 14 2015, all seven fixed income sectors have produced a positive return, according to FE Analytics, although there was a wide divergence – from the 21.46 per cent average from the UK Index-Linked Gilts sector to the 0.73 per cent average return from the Sterling High Yield sector. The same can’t be said for the 14 regional equity sectors in the same period.

So while the macro backdrop may have caused some volatility, the performance of fixed income in the short term has been surprisingly good, but will this positive trend continue?

Chris Iggo, chief investment officer and head of fixed income Europe and Asia at Axa Investment Managers, warns: “The reality is that the US economy is growing strongly [and] will be boosted by lower oil prices and further improvements in the labour market, and the Fed will start to raise interest rates this year.

“If not, and bond yields stay low even though growth is robust, there will be trouble ahead – trouble in the form of asset price bubbles, rising inflation and financial instability. For the moment, it’s a benign macro backdrop for risky assets and in the short term I expect high-yield bonds to be the best performing part of fixed income.” 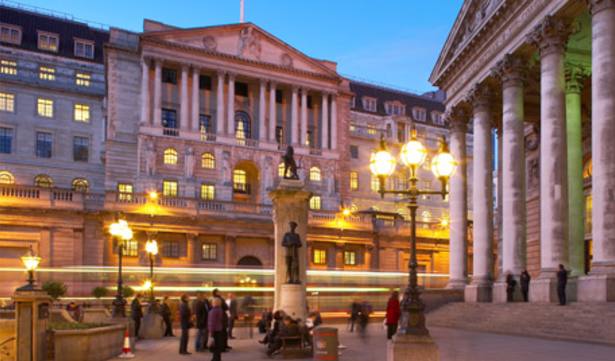