Experts have dampened hopes that a wave of passive products will follow in the footsteps of the first UK-based exchange-traded fund (ETF).

Commerzbank, the German bank, recently launched an ETF with China Construction Bank International (CCBI), which is the first ETF to be listed in the UK.

The tax havens of Dublin and Luxembourg have traditionally been the homes to passive funds in Europe. However, chancellor George Osborne sought to level the playing field among jurisdictions in 2013 by pledging to “abolish stamp duty for shares purchased in exchange-traded funds to encourage those funds to locate in the UK”.

At the time, the move was seen as a damp squib given that no ETFs were based in the UK.

Even though one has now landed on UK shores, experts do not predict a deluge of ETFs following.

“There won’t be a rush of products, but it is a case of ‘watch this space’”.

Mr McNeil said his business chose Dublin as the key hub for its products because “it had the broadest appeal to global investors”.

Adrian Mulryan, partner, asset management and investment funds at law firm Arthur Cox, said: “I think we will see more products but I don’t think it will become a trend. This is in part because there are impediments on the tax side.”

Mr Mulryan added that neither Ireland nor Luxembourg levied income tax on income earned by funds but the UK did, meaning this could be an issue impeding a rush of UK-domiciled ETFs intending to distribute within Europe.

He said the tax rules in the UK cause issues, particularly for accumulating funds, as the income of the fund may be taxable.

But pressed on whether Vanguard would consider the UK as a potential home for some of its exchange-traded funds, he said “we will watch this space”.

Meanwhile, a spokesperson for Deutsche Asset & Wealth Management said its Ucits ETFs were domiciled in either Luxembourg or Ireland and that “no other countries feature in terms of potential domicile”.

Another senior executive at a passive fund house, who spoke on condition of anonymity, said in spite of stamp duty being removed, there were still tax barriers for domiciling ETFs in the UK.

“Those two countries have been heavily supportive of these industries, including giving them tax breaks,” the executive said.

“It is pretty clear, regardless of what happens politically in Ireland, it won’t disadvantage the industry.

“But the fund industry is not, and will not be, as important to the UK from a revenue and employment perspective as it is to Ireland and Luxembourg. A new government in the UK could come in and change the laws. In Ireland it would be a big political issue to tax the industry. 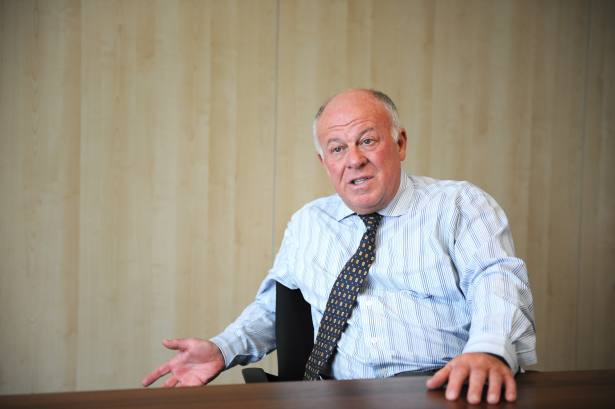