This month I will be discussing a case that relates to awarding discretionary lump-sum death benefits. This area is fraught with difficulties for trustees, particularly because the decision is discretionary and often involves making a decision between individuals with competing longstanding and emotional connections with the deceased.

The Pensions Ombudsman has partially upheld a complaint by the partner of a deceased member who was named in his will as the person to whom the scheme benefits should be left. The partner was initially told that she would receive the entire death benefit lump sum, although later, the administrator decided to pay only half and give the remainder to the member’s previous partner, from whom he was separated and who had been nominated as a beneficiary on the nomination form.

Mr Y joined the HSBC Pension Plan in 1999 and completed a nomination form naming his wife as the sole beneficiary and indicated that she was to receive 100 per cent of the plan’s proceeds on his death. In 2006 Mr Y separated from his wife and began living with Ms Moreland, the complainant. Mr Y completed a will in 2007 leaving all scheme benefits to Ms Moreland. Mr Y died in August 2010 at which time the scheme benefit payable on his death amounted to £225,858.68.

Following the death of Mr Y, Ms Moreland wrote to HSBC referring to the will and explaining that Mr Y’s intention was to leave her his scheme benefits. In coming to a decision regarding payment, HSBC staff noted that Mr Y, at the time of his death, was separated from, but still married to Mrs Y, and with whom he had a joint mortgage and other large shared debts. Mr Y also had a joint mortgage with Ms Moreland. In January 2011, HSBC wrote to Ms Moreland confirming that after “fully investigating the claim” she would receive the benefits “as the named person in the will”.

Subsequent to this decision, a further decision was made and was communicated to Ms Moreland in March 2011 explaining that, for tax purposes, the money should be paid to the estate and distributed to her by the executors rather than the benefits being paid out to her direct by HSBC. A further meeting was held after Ms Moreland expressed dissatisfaction with this, and it was then decided to split the death benefit equally between the two women outside the estate.

Ms Moreland submitted a formal complaint about the decision in May 2011 claiming she had relied, to her detriment, on the January 2011 decision as she continued to pay her mortgage rather than selling the house and had undertaken building work on it. After various exchanges of correspondence, HSBC wrote in January 2012 saying her actions after January 2011 had not justified overturning its final decision and in June 2012, she received half the value of the death benefits. Although HSBC admitted it had no formal review process at the time, it submitted that the final decision was equitable as both beneficiaries had joint debts with Mr Y and had both been in a long-term relationship with him. 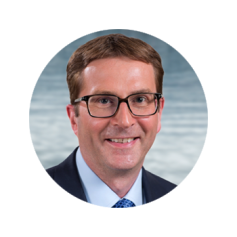