Nowadays, everything happens first on social media, whether it’s breaking news, announcements from a business, or simply a provocative tweet from a media-hungry celebrity.

But when it comes to financial institutions using this platform to help guide investment decisions, surely this isn’t a viable way to dictate which stocks to buy or sell?

Well, according to the European Central Bank, maybe it is.

Its recent report, ‘Quantifying the Effects of Online Bullishness on International Financial Markets’, concluded that Twitter sentiment has a statistically and economically significant predictive value in respect of share prices in the US, the UK and Canada.

To pick a choice quote: “Daily Twitter bullishness is indeed found to be a useful investor sentiment indicator.” On top of that, 30 per cent of institutional investors admit that social media has directly influenced one of their investment decisions.

If the ECB has as good as verified social media as a credible source for investors to monitor, perhaps it’s high time we took notice. Social media is available to everyone, so we should all be keeping our eyes on the newsfeeds if we want to take advantage of the vital chatter that is evidently out there.

But when it comes down to it, how can social media help steer decision-making on the markets?

Take the Smiler roller-coaster crash at Alton Towers on June 2 as an example. As soon as it occurred, theme park visitors immediately took to social media to tell the world what had happened. At 2pm that day, updates were shared and retweeted thousands of times across different social media platforms.

It wasn’t until a whole hour later, at 3pm, that mainstream news organisations such as the BBC began to report the story.

When that happened, shares in Merlin Entertainment dropped significantly from 458.8p to 439p. As tragic as the incident was, if an investor in Merlin had been able to pick up on the spike in conversation around Alton Towers, they would have seen it as a flashing light: armed with this information, they could have changed or protected their position on that stock.

The same goes for Tesco and its announcement that it was banning sugary drinks – including Ribena – in an attempt to tackle obesity. Tesco saw a dramatic drop in its shares, losing 8p on a share (from just over 220p) within the first day. Naturally, the story had developed more and more on social media, and any investor not keeping an active eye on the news would have spotted opinion riding high on these platforms.

Data systems are emerging that can help investors make sense of the waves of chatter around companies on social media, analysing billions of online conversations every day. They can harness this and understand what people are saying about a company – both the level of engagement and the sentiment towards it. 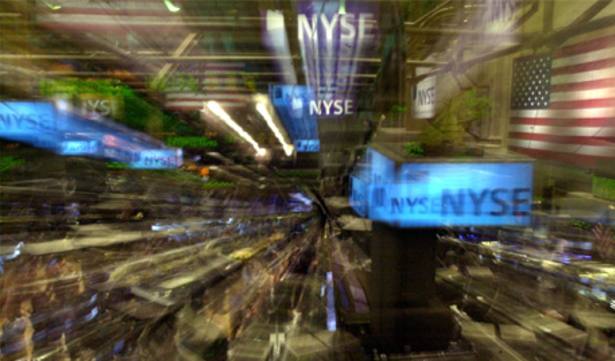