Predictions of the death of annuities post-pension freedoms have turned out to be wide of the mark, the latest retirement income data from eValue has revealed.

Data from eValue’s Pensions Freedom Planner tool - gathered since last April, when over-55s were given unfettered access to their retirement savings - suggested demand for annuities has remained strong, despite retirees no longer needing to buy the products.

Preference for guaranteed income products has risen from 33 per cent at the introduction of pensions freedoms one year ago, to 41 per cent in April 2016, according to the data.

Retirees continue to favour flexible income options such as drawdown, with 46 per cent choosing to take their nest egg this way.

However this figure is down from 54 per cent a year ago, as demand for annuities has gained market share.

Last October, sales of annuities briefly surpassed the amount of cash flowing into drawdown and hybrid products - which offer a mixture of guaranteed and flexible income - before falling again in November.

More than 22,000 individuals have used eValue’s tools since 6 April 2015 - on which the company’s findings are based - with an average of 1,900 people accessing them every month, according to eValue’s data.

Split by gender, male users of eValue’s tools initially showed a clear preference for flexible income, with 63 per cent selecting that option and only 27 per cent choosing guaranteed income.

However, by the time the first year of pension freedom came to an end, flexible income as men’s choice for their retirement savings had fallen to the 49 per cent, and guaranteed income had reached 39 per cent.

Women were more consistent in the type of retirement income they opted for.

Research showed that there was a drop of only 3 per cent from the first quarter to the fourth quarter for flexible income for women.

There was an increase of 6 per cent for guaranteed income, and a drop of 3 per cent for cash over the same period.

Bruce Moss, founder and director of eValue, said a clear finding from the first year of the pensions freedom index is the increase in popularity of annuities every time there is a period of volatility in equity market.

“In the run up to the referendum and if Brexit does happen, don’t be surprised to discover that annuities become the most popular option for retirees,” he suggested.

“The first year of pension freedom has shown once again the innate caution of the British. Predictions of the death of annuities have turned out to be wide of the mark as has the concern that retirees would cash out their pension funds and buy Lamborghinis.” 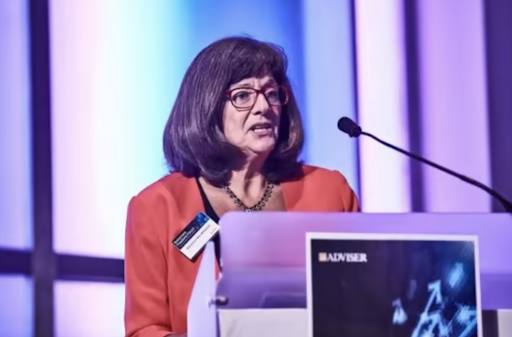