Britons think Covid-19 is having a negative impact on gender equality in the workplace, with knock-on effects on pay, pensions and financial health, a study has found.

Piplsay, a global consumer research platform, surveyed 6,076 Britons to find out about their opinions and concerns.

Its research has highlighted fears that Covid-19 is having a devastating impact on workplace equality and undermining business efforts worldwide to confront the issue.

According to the study, 55 per cent of women surveyed feared the pandemic would further widen the gender pay gap, compared to just 45 per cent of men.

The study said that, following evidence that gender equality in the workplace has continued to lag behind gender equality in society, the ongoing pandemic was "threatening to slow down this global movement and may reverse any significant progress made so far".

It found women are worse off than men, and have borne the brunt of the economic impact as businesses of all sizes across the UK continue to face closures amid rising infection rates.

Some 42 per cent of people think women have been more disadvantaged when it comes to retaining their jobs during the pandemic than men.

A further 45 per cent of people feared the pandemic would widen the existing gender pay gap, while 70 per cent of British public believed companies needed to have a flexible work culture to allow for equal childcare.

Between men and women, the survey showed that 45 per cent of women and 38 per cent of men think female employees are more at risk of losing their jobs than men.

Some 69 per cent of women and 71 per cent of men believe companies should adopt flexible work policies that allow for equal parenting.

Anita Boniface is a freelance journalist

The FTAdviser Diversity In Finance Awards 2021 are now open for submissions, from individuals and companies who can demonstrate they have gone the extra mile in 2020 to improve diversity and inclusion and make their businesses better for clients, staff and the wider community.

For more information on the categories visit: FTAdviser Diversity In Finance Awards 2021. 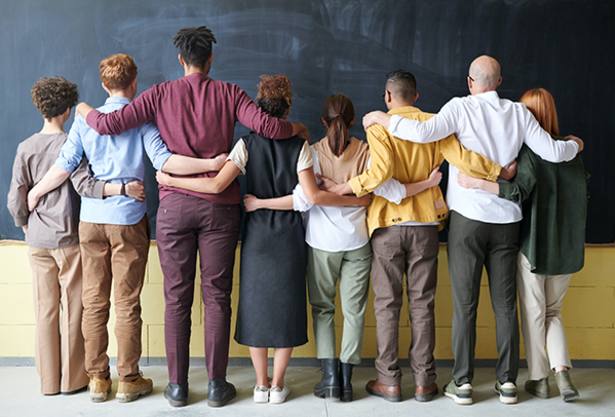 Diversity and Inclusion Diversity UK
A service from the Financial Times