Schroders’ assets under management nudged up 3 per cent in the first quarter this year, though the value of their mutual funds dropped by £6bn.

Aum rose to £753bn from £732bn at the end of last year, the group said in a statement to the stock exchange this morning (April 28).

However, mutual funds dropped in value from £116bn to £110bn in the three months to the end of March this year.

The £230mn deal, announced at the end of last year, saw River and Mercantile’s chief executive James Barham join Schroders as part of the purchase of the former’s fiduciary arm.

When the sale was announced, River and Mercantile Solutions had £42bn in assets under management. The £230m sale price represented a 28.2 per cent premium on its market cap of August 9, the day before the firm announced a potential sale.

Earlier this year, the Schroders Investment Solutions business, which operates model portfolio and fund of fund operations for financial advisers, said it is targeting £10bn in assets under management by 2025.

Net income rose 18 per cent to £2.6bn, and the group will pay a final dividend of 85p per share, up from 79p for the previous year. 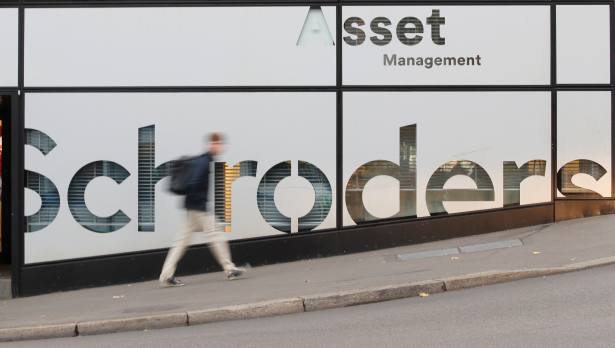