Fundment, one of the UK’s newest advised platforms, has partnered up with cashflow tool CashCalc to integrate the software and help advisers save time.

Existing users of both providers can now open a client account on the platform from CashCalc with a single click.

Fundment said the integration will help advisers save time while reducing the risk of errors through re-keying.

It claimed that although integrations exist between several traditional back-office providers and platforms, including Fundment, this is the first of its type featuring another part of the adviser ecosystem – a cashflow modelling tool.

Fundment chief executive Ola Abdul, said “We’re delighted to announce this link with CashCalc. Advisers hear plenty of talk about platform integration, so we are happy to be able to show them something. This is being used right now.

“Fundment is a platform, but we are also a technology company, and this is the sort of thing technology companies should be doing: using our skills and expertise to make things simpler for advisers and clients.”

The providers are keen to ease adviser frustrations with what some perceive as “shaky tech integrations” between providers, which often manifests as having to re-key client data multiple times.

This comes as in June, Fundment saw an uptick in adviser interest for its services following the pandemic.

At the time, Abdul told FTAdviser it launched its first advice firm user in 2018 but it started gaining traction among advisers when the UK went into its first lockdown in 2020.

The two providers are now set to have two-way data sharing including importing full transactional history from Fundment into CashCalc.

This has the potential to significantly ease advisers’ workload and make the annual review process more efficient, according to Fundment.

CashCalc founder Ray Adams said: “This is a significant integration – our first ‘straight-through’ with a platform. Maybe we have saved an adviser only a few minutes, but we have reduced the risk of errors through re-keying and moved a step closer to where we would all like to be.

“Advisers shouldn’t have to think about integrations, they should just see them happening, so we’re pleased to put this in place. Fundment is an exciting up-and-coming platform and I’m happy they are the first on board.”

Speaking to FTAdviser in January, CashCalc’s founder, Ray Adams, said the company's client base was “about to change”, as it looked to work with more large advice firms.

The software has traditionally been most popular amongst one- and two-person outfits but is gearing up for a wave of  consolidation among larger advice firms.

Bought in May 2021 by FE, CashCalc - which made a profit in its ninth month of existence - was serving a majority (81 per cent) of small advice firms at the time of its sale.

The partnership between the two means advisers can use CashCalc to digitally onboard a client and conduct their financial planning. 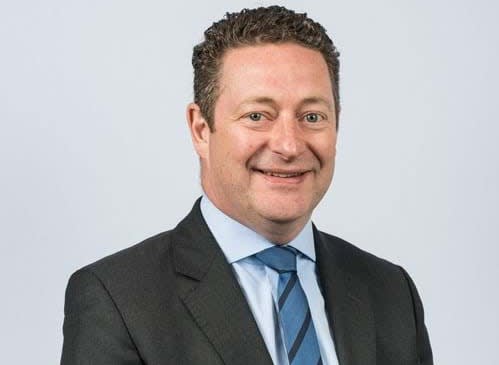 Companies Platforms Technology
A service from the Financial Times