As more women - older women in particular - are leaving senior positions in the workforce, a focus on gender equality in the boardroom is becoming more important than ever, a chief executive has warned.

The comments were made during a Mission Gender Equity launch event late last year, from Moving Ahead and the 30% Club.

According to Liz Dimmock, chief executive and founder of Moving Ahead and a steering committee member of the 30% Club, Mission Gender Equity’s objective of achieving greater gender balance at senior levels within organisations, "is more important than ever" after figures suggest gender diversity is starting to diminish.

She quoted figures from Lean In and McKinsey’s Women in the Workplace 2022 report, which revealed that women leaders have been leaving companies at the highest rate in years.

This all translates to better outcomes for our candidates, colleagues, clients, communities and our shareholders.

This lack of visibility of women in senior roles, together with a potential reduction in the number of female role models available to mentor and support younger women up the career ladder, could be detrimental to UK plc, she said.

Dimmock said: "If I look back over the highs and lows of my career, I can’t help but think about my mentors. They were there supporting, guiding, challenging, navigating every step with me.

"They were opening my eyes to look at things through a different lens – reframing a setback, creating a freedom to aim high and a safe space to be really open and vulnerable."

The McKinsey study also revealed that of women who are doing hybrid working, 60 per cent said that they feel excluded and almost half said that they do not have enough exposure to leaders.

But according to Dimmock, companies with 25 per cent women on boards have an average profit margin of 5 per cent higher than those that are less diverse.

For companies who have been shortlisted and winners in FTAdviser's Diversity in Finance Awards in past years, achieving gender equality in terms of pay and promotional opportunities has been a core pillar of their success.

Its entry highlighted how its management committee in the UK has specifically endorsed a strategy to increase women in senior leadership, and create a more gender-equal world both in and outside of SVB.

According to SVB’s entry, a commitment to a more gender-balanced workforce was crucial to growing as a business.

It said: “This helps increase diversity of thought, enabling our company to develop more innovative products and services and ultimately deliver on our purpose of fuelling the innovation economy for a better world.

“This all translates to better outcomes for our candidates, colleagues, clients, communities and our shareholders.” 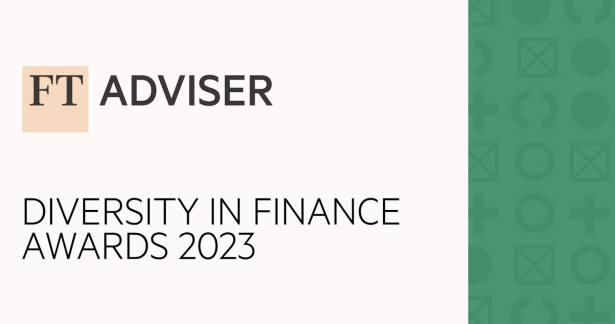 Diversity Your Industry Upcoming Events
A service from the Financial Times