The review of Lloyds’ handling of the HBoS Reading scandal may not be finished until the second half of 2019.

Nicky Morgan, chairman of the Treasury select committee, wrote to the inquiry's chairman, Dame Linda Dobbs, last week requesting a completion date for the report and highlighting the committee’s expectation to receive the full and unredacted findings.

Lloyds commissioned the independent inquiry in April 2017 to review whether fraudulent misconduct at HBoS Reading was appropriately investigated and reported by Lloyds following its acquisition of HBoS in 2009.

In response, Dame Linda confirmed Lloyds' intention to share the findings of the review but warned the report was unlikely to be finished until "the second half of next year".

Commenting on the correspondence, Mrs Morgan said the committee welcomed Lloyds’ commitment but a publication date of mid-to-late 2019 was "disappointing".

She said: "It is overwhelmingly in the public interest – especially to those who were victims of the HBoS Reading fraud – to understand how such large-scale criminal behaviour was allowed to happen, who knew about it, and when.

"Whether it is a case of insufficient resources or competing priorities at Lloyds, they should do all they can to ensure a swift conclusion of this work."

Lynden Scourfield, the lead director of HBoS Reading impaired-assets division, approved £245m in loans that could never be repaid between 2002 and 2007.

He was jailed for 11 years in February 2017 after he admitted conspiracy to corrupt, money laundering and four counts of fraudulent trading.

Once the UK’s biggest mortgage lender, HBoS collapsed during the 2008 credit crunch - leaving taxpayers to foot the £20.5bn bill.

The Financial Conduct Authority is carrying out its own review of the HBoS scandal, which came under fire for delays last year.

In his response, Professor Griggs said the offers made to individual directors under the compensation scheme ranges from less than £100,000 to more than £5m.

He added that Lloyds has provided offers totalling £76m to 170 individual directors, implying an average offer of £447,000.

In response to the latest updates, a Lloyds spokesman said: "Lloyds Banking Group remains determined to get to the bottom of what happened in HBoS Reading.

"We share the Treasury Committee’s desire for transparency and for the Dame Linda Dobbs independent review to be completed as quickly as is possible. We will continue to assist Dame Linda with any requests she makes in relation to the undertaking of her independent review."

FTAdviser understands that the costs of the review will be met by Lloyds, including any additional resources requested by Dame Linda.

Laith Khalaf, senior analyst at Hargreaves Lansdown, said the delay was frustrating but the inquiry would inevitably take time. 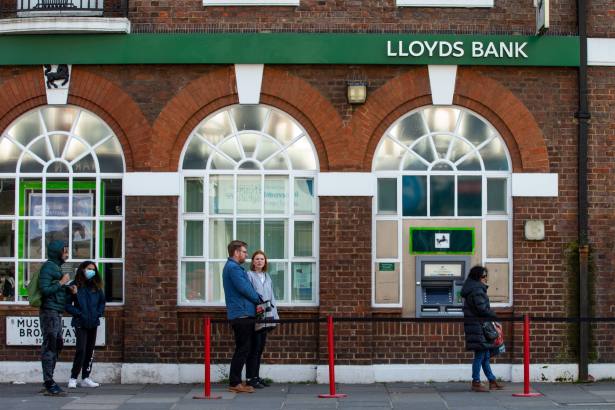