“There was a long, hard time when I kept far from me the remembrance of what I had thrown away when I was quite ignorant of its worth.”

So said the wealthy and beautiful Estella in Great Expectations, who proceeds to squander the privilege with which she has been raised.

And, while Dickens' hero, Pip, is fortunate to come into a great inheritance in his adulthood he, too, fritters it away, not understanding the value of money or the value of a kind deed.

While there is redemption for both characters in the novel, it is clear they are typical of some young people both 160 years ago and today.

There are both Pips and Estellas aplenty in 2021. While many face financial pressures, other youngsters are financially profligate rather than storing money wisely for a rainy day.

A later inheritance means the capital is less likely to make a significant difference to the children’s financial lives.

Some of this cohort are relying on the help of others. According to savings and wellbeing app Get Dreams, 38 per cent of British millennials today admit their spending patterns are heavily influenced by anticipation of a future inheritance.

Earlier this year, the company interviewed 1,500 British millennials to explore how expectations of a future inheritance influences the generation’s financial planning.

This was in the light of predictions from the Institute of Fiscal Studies, which predicted the median inheritance for those born in the 1980s to be approximately £136,000.

Key findings from the research were as follows:

But, as Henrik Rosvall, chief executive of Dreams, says, current estimates put 30m Britons into the bracket of those who have not made a will.

With a rising trend of high-profile court cases involving siblings challenging inheritance decisions, this could "surprise those who believe themselves to be heirs", he says.

As a result, Rosvall has urged young people to seek financial independence, make sensible savings and provide a "responsible safety net" for themselves.

Rosvall says: "It is important that younger generations understand the value of saving money themselves and spending within their means, and the positive impact this can have on their all-round wellbeing."

According to Jonathan Sandell, investment proposition director for Scottish Widows, having a mindset that is focused on a potential inheritance, rather than focusing on what young people can do now to start generating wealth, is a dangerous one.

"What is wrong with this mindset? Asking “What could go right with it?” is a more useful question. Disputed inheritance is more common than most realise.

"Added to which, how can anyone possibly plan for when they might receive an inheritance? There’s just no certainty. They are best off ignoring it, getting a decent education and putting that to good use in the workplace now." 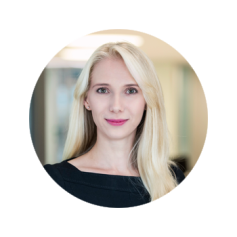 The importance of annuity death benefits Advisers warned of too much focus on 'core' clients

How philanthropy and intergenerational planning can go hand in hand