An economist has warned people to be wary of UK real estate, as he claimed property prices are on the verge of collapsing and may never return to their current state.

Speaking to FTAdviser, Harry Dent, economist and financial author, predicts real estate prices will come crashing down as early as next year.

He advised investors to take a cautious approach to property and sell out of second homes in order to make a gain while they can.

“Even if I wasn’t predicting a downturn, I would say don’t push your luck too far because nothing goes up forever.”

In 1989, Mr Dent refuted claims by economists that Japan would be the next economic super-power, instead predicting the country would undergo a huge downturn which would last for more than a decade.

He was proven right, as Japan’s economy has still not recovered after its stock market plunged 80 per cent and the real estate sector lost 60 per cent.

Mr Dent pointed out that high property prices increase the cost for employers when it comes to hiring people, while also limiting consumer spending, as people tend to splash their cash on rent or mortgages, rather than spending money on food, entertainment and travel.

“Young people never have enough money to save for a return if home prices stay at this level, and the young generations will have to rent forever, or live in a tiny apartment.”

But he said this will change next year as property prices collapse, not just in the UK, but all around the world, with China expected to have the biggest bust.

“The biggest bubbling cities burst the most,” Mr Dent said, pointing out that property prices in the US dropped by 26 per cent during the Great Depression in 1929 and recovered in 10 years, nearly three times quicker than New York, which plunged by more than 60 per cent.

“The best thing investors can do right now is get out of the bubble and put their money in safe investments, even if that means you have to live on your capital for some years.

“If you’re in a safe cash portfolio, you make money when investments go down because cash stays the same,” he said, adding gold is also part of that bubble.

Mr Dent said the most damaging bubbles are the ones where the real estate sector sits at the centre, as opposed to stocks and commodities, because it affects everyone with a mortgage.

He claimed the developed world is about to undergo a “reset” because the dynamics have changed so the younger generations are no longer able to support the “entitlements” of the older generations.

“Everyone is under the delusion real estate prices will go down and then come running back up, when they won't.

"People don't understand this demographic shift from larger generations to smaller generations. This is why I call it a reset.” 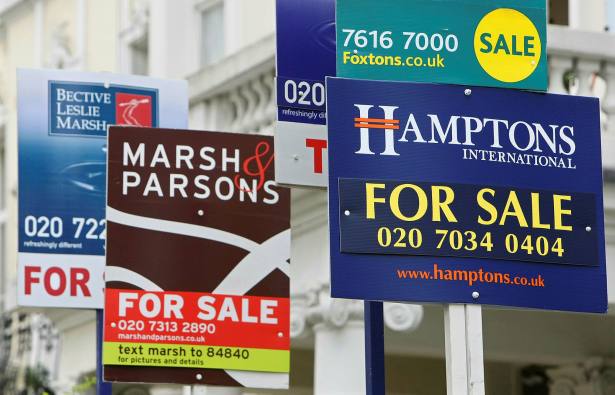