Traditional assets have come under pressure over the past two months. What has been most stark about this performance is that there has been nowhere to hide, with bonds selling off at the same time as equities. We would argue that this trend is symptomatic of both asset classes being bid up to extreme valuations.

The game is by no means up for investors, but we believe it is imperative they cast the net wider to encompass assets that can offer attractive returns and have helpful catalysts to unlock the return potential implicit in a cheap valuation.

Investing does not come with a crystal ball so making cast-iron predictions is a fool’s folly. However, we believe we can stack the odds of making attractive returns firmly in our clients’ favour by owning a select blend of sectors and asset classes.

Our investment process begins by looking at valuations. We believe that future returns will be driven by the valuation one pays for an asset and the level of economic growth it is exposed to. Traditional assets (that is, sovereign bonds and global developed equities) are expensive and growth rates are low. It follows that future returns are therefore lower and have more risk involved (since investors do not have the safety net of having bought something cheap in the first place).

The chart below indicates that traditional bonds and equities are at their most expensive level for more than 200 years. This contrasts with a low point in valuations, which has been the kindling beneath the fire of asset returns for the past 35 years.

Without getting too bogged down in theory, the bumper returns investors have enjoyed by just owning a simple 60/40 mix (with 60 being the  percentage in equities) cannot go on forever. This mix has yielded a return of nearly 8.5 per cent a year for the past 35 years against a backdrop of a 2.6 per cent inflation rate.

Added to expensive valuations is the breakdown in traditional relationships between these assets. Over the past month, we have seen bonds moving in the same direction as equities (correlations are higher than they were in the taper tantrum of 2013). This means there is no natural protection for portfolios and diversification gets replaced by what we call di-worse-ification.

Our approach is to focus on those assets with cheaper valuations (that offer an attractive upside) and assets that have a supportive tailwind in the form of a helpful business cycle. Infrastructure investments are one such example. While these assets are not extremely cheap, they offer a high and stable yield. They should also benefit from the likely pick-up in spending by governments. Furthermore, the regulated nature of many of these assets makes it easier to pass through inflationary price rises.

Monetary policy has been the go-to tool to stimulate growth and inflation since the depths of the crisis in 2009. While the world would no doubt be in a worse place had there been no monetary response from central bankers, it has doubtlessly become less effective at each turn and raised valuations of traditional assets to ever more eye-wateringly high levels.

Volatility is likely to be the new normal 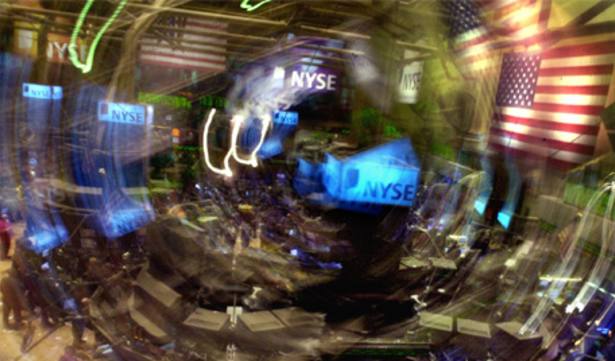