The tie-up between two Scottish titans, Aberdeen and Standard Life, took most observers by surprise this weekend. But the deal has quickly started to look familiar.

While the size of the combination is unprecedented for UK asset management, there are plenty of parallels with another recent move. Here, as with Henderson's agreement with Janus Capital last autumn, the introduction of co-chief executives masks a merger that is a de facto takeover. And as with any such deal, some funds will merge, some managers will leave, and a few of the senior figures who have committed to the deal will slip off, too, in a few years' time.

The word mentioned incessantly over the past couple of days is scale. The threat of passive funds has created a further incentive to bulk up, and bulk up fast.

What does that scale actually provide? A wider range of strategies gives a better chance of happening upon a fund that can attract client interest. But there isn’t that much sign that larger active managers have been using their greater size to cut fees.

Where firms have sought to attract advisers and others with lower charges, deals have been just as likely to be offered by businesses at the smaller end of the spectrum. Larger managers may have more scope to do so, but for now they’re holding fire.

So cost is just as important a factor. Whether it be boosting revenues or just taking out expense, improving operational “efficiency” by combining two sprawling companies is a time-honoured way of pleasing shareholders. What a planned £200m in annual savings from the Standard Life-Aberdeen deal offers customers concerned about the performance of SLI Gars, or Aberdeen's emerging markets range, is another question.

Even if scale is not the driver, the big domestic players remain takeover candidates. The truth is that almost none of the UK’s well-known names are large operators when viewed on a global basis. Even the combined Aberdeen and Standard Life, with £660bn in AUM, would not break into the world's top-15 fund firms by assets. But the largest UK firms do have enough assets – and costs – to be attractive to suitors. The attractions for those picking funds is less obvious. Larger scale means less access and, if costs are being cut, not necessarily a better set of resources for their fund managers.

Boutique fund houses may become even more valued by fund selectors as a result. But there are plenty that will feel the small end of the market - and “small” in this context no longer just means sub-£10bn asset managers - is also the sharp end.

In the face of greater regulation and stagnating fund flows, the question for many has changed from ‘should we seek a buyer?’ to ‘is there a buyer out there that will take us?'. For would-be acquirers, bolt-on takeovers are no longer enough; transformational moves are required if a deal is to have a meaningful impact on a company’s fortunes. That limits the number of escape routes for smaller firms. With larger businesses seeking cost cuts and smaller firms seeking any kind of answer, quick solutions to complicated problems could be the order of the day. 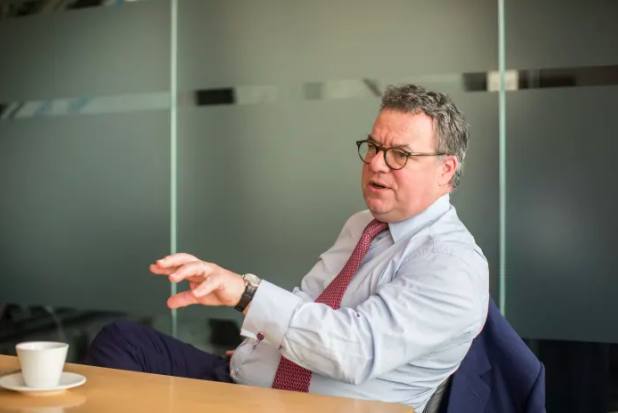 Aberdeen Standard Life Aberdeen
A service from the Financial Times