When it comes to money, prudence is the default position for most people because of the possibility, or ‘risk’, of losing assets. Yet risk is also a pre-requisite for achieving investment returns. Risk in finance is no different from risk in business: nothing ventured, nothing gained.

But how much risk? For the wealth manager, the first step is to establish their client’s risk profile. A key element of this profile is the client’s perception of risk, and what level of risk they are prepared to take to achieve their financial ambitions.

The discussion will also focus on a client’s financial position, which will enable the wealth manager to make an objective assessment of their ability to bear loss through a full market cycle.

The more seasoned investors, especially those who have been through the financial crisis of 2008-09 and its aftermath, should have a clearer idea of the nature of risk, in particular how investment valuations will fluctuate according to market conditions. They will be aware of the need to calibrate the level of risk according to the investment’s time horizon and objective. Such investors will also be clear on the level of losses they can sustain.

However, novice investors tend to be more wary about any potential downturn (or drawdown) in the markets and so tend to be more risk averse. It is the risk of such a drawdown that will be the focus of any conversation between a wealth manager and any new client.

The investment objectives may be long-term, such as funding a pension, or more short-term, such as paying school fees, and will affect how much risk is required to achieve that objective. Tolerance is the level of risk a client is comfortable with, while capacity refers to what extent the client can bear financial loss.

Such questionnaires, though widely used, should only be considered as the starting point on a journey of discovery of a client’s needs. Critics of psychometric testing say they are inaccurate and inconsistent, suggesting that these questionnaires would obtain a different result if repeated on another day.

A client’s perception of risk may be influenced by a range of non-financial factors. These may include what they have recently read in the papers, or heard on the radio, while even their mood on the day may affect how they answer the questionnaire. And it is clear that education also changes perceptions.

To put the risk profile on a firm footing, it is a good idea to take clients through another more detailed set of questions. This includes presenting worst-case scenarios, using drawdown charts to illustrate the maximum peak-to-trough decline of different investment strategies through history. Alongside these illustrations, one could add the potential returns that may be had even under these testing conditions, rather than just focus on the losses that a drawdown would theoretically entail. In this way, clients can learn that a drawdown may not necessarily result in a permanent loss of capital. They also learn about the benefits of longer term investing, and not seeing the downturn as a cue to crystallise losses.

Managing in a sea of uncertainty 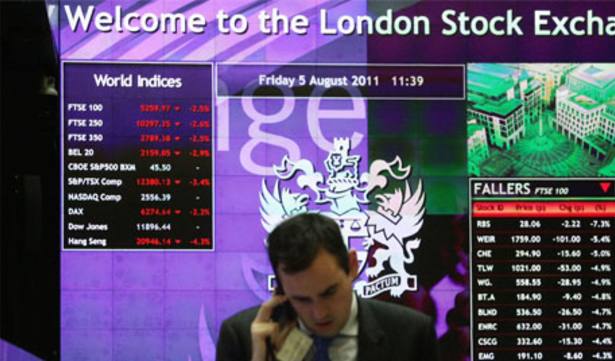 Quilter Cheviot
A service from the Financial Times