Global bond yields hover near all-time lows. The yield on the 10-year gilt is around 1 per cent, and 10-year Treasury notes in the US yield less than 2.5 per cent.

In the eurozone and Japan, the bond markets have tumbled into a world of negative interest rates. About 40 per cent of European government bonds yield less than zero per cent, while in Japan the figure is 70 per cent.

The prospect of low-to-negative returns on government bonds has raised doubts about their value. Why hold an asset that yields almost nothing, or less than nothing, and why take on any price volatility if you can stash cash in a safe?

Treasury yields are low, but their diversification value has never been higher

The doubts are understandable. Return is the most salient feature of any asset class, and it is hard to get happy about zero per cent. However, return has different dimensions in an asset-allocation framework, and by one critical measure in mean-variance optimisation – which weighs both return and risk – high-quality government bonds have never been more valuable.

Building a multi-asset class portfolio appropriate to a given goal and risk preference primarily depends on the following three characteristics of each asset:

•    The expected volatility of those returns;

•    The correlation of the asset’s return with those of other assets (its covariance).

The low yields of US Treasury bonds imply that their expected returns are exceedingly modest. The volatility of government bonds is expected to remain consistent with recent trends, but their correlation with equities suggests that their diversification power has never been stronger.

Under some simple assumptions, this higher diversification value offsets the lower-than-expected returns on government bonds.

In portfolio construction, assets with a strongly negative correlation to other portfolio assets are the Holy Grail, as they rally when other assets retreat. This relationship was especially visible at the start of 2016.

The US dollar is the world’s reserve currency, making US Treasuries the destination of choice in a flight to quality. In addition, when global equity prices tumbled earlier this year, intermediate-term Treasury bonds rallied.

Treasury yields are low, but their diversification value has never been higher.

Equity-bond correlations in the US have tended to fall in periods of slow growth and deflationary fears – the environment that has prevailed over the past few years. The outlook suggests that such conditions are likely to persist in the years ahead. 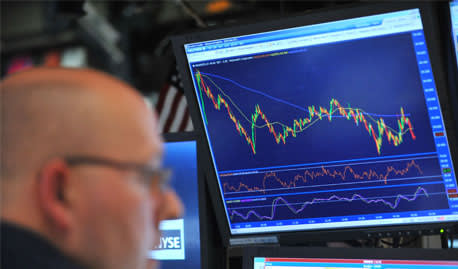 Investors pull £4bn from Merian fund in one year