Neil Woodford is among the investors suffering this morning (27th July) as shares in pharmaceutical giant AstraZeneca fell 16 per cent following news of a disappointing clinical trial.

Shares tumbled in early trading and had not recovered by 11.30am, after it was revealed the trial of a cancer fighting drug called Mystic had not achieved its stated aim.

Astra is the largest holding in the £10bn CF Woodford Equity Income fund, making up 8 per cent, or £800m of the total.

Mr Woodford backed Astra over rival GlaxoSmithKline in May, selling out of the latter as he felt strategic changes he wanted to see at the company would not be implemented.

At the time of the decision to back Astra over Glaxo, Mr Woodford told investors in an update that he felt the Mystic product, while a preoccupation for the market as a whole, was not central to his investment case for pharmaceutical company.

He argued there is a much broader pipeline of potential products that cement the case for investing in the firm.

He wrote: “Recently, the market has been preoccupied with the company’s ongoing Mystic trial...as a result, analysts have completely overlooked [lung cancer drug] the Pacific trial’s potential."

He pointed out, that when Astra announced the positive results of its Pacific trial, also in May, AstraZeneca’s share price rise more than 10 per cent, "with Astra now having a significant lead over competitors in this area".

"We have, however, consistently believed that, although Mystic is important, there is substantially more to the AstraZeneca development pipeline than that one trial,” Mr Woodford's note stated.

However the stark drop in the AstraZeneca share price this morning is the latest in a series of negative news announcements from companies that are large Woodford Investment Management holdings.

Top-ten holding Provident Financial announced a 45 per cent drop in annual profits earlier this week, and the shares of another significant Woodford position, retailer Next, have dropped from £4.96 to £3.92 at the time of writing.

Ketan Patel, fund manager at EdenTree Investment Management, said Astra's share price fall is a timely reminder of how volatile the sector can be.

"Investors [have] a dilemma: do they continue to back the management team or redeploy their funds into another name in the sector.

"It is difficult to think of a time when a large cap pharmaceutical company has suffered such a large setback in share price in one day."

He told FTAdviser: "Every fund manager has stocks which experience periodic setbacks and Neil Woodford is no different."

"It’s also easy to pick on him because he has voluntarily released details of his entire portfolio in order to increase transparency. Investors should bear in mind how much value Woodford has added over the years and should be willing to stick with him through any tough patches.” 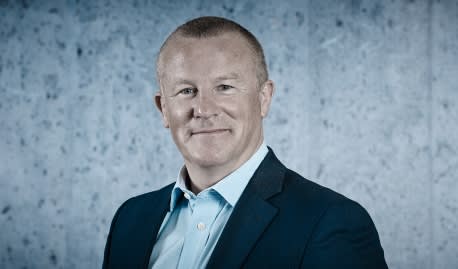