The Bank of England has today (2 November) raised interest rates for the first time since the financial crisis.

Interest rates had been cut to 0.25 per cent in the immediate aftermath of the EU referendum vote last year.

The nine person committee decided on the move by a majority of 7-2.

Sterling has fallen 0.9 per cent against the dollar. Against the euro it is down 1.29 per cent.

Interest rates were cut to 0.5 per cent in March 2009 as the Bank acted to stimulate demand in the economy in a bid stave off a deeper recession in the wake of the financial crisis.

Since the further cut to 0.25 per cent last August, inflation has moved consistently above the Bank of England’s target rate of 2 per cent, with the most recent reading showing inflation was 3 per cent in September.

Higher interest rates would be expected to slow inflation as it increases the incentive for those in the economy with spare cash to save rather spend. Borrowing costs rise which tends to mean consumers and companies also have less cash to spend.

The move was widely expected, with the interest rate swaps market having priced a 90 per cent chance of a rate rise.

"There are opportunities in value stocks, recovery stocks and businesses that favour consumer goods, which are essential for any well diversified portfolio.

"The power of brands should not be underestimated; these companies often offer attractive dividend yields, which are generally resilient, even in downturns.” 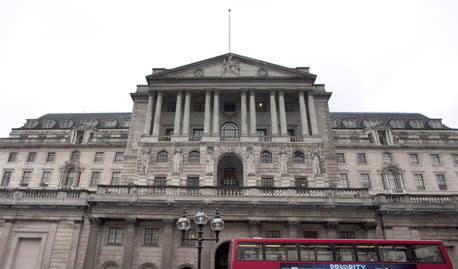