Why is it that whenever there is a smidgen of economic hope, the Westminster elite waste little time claiming it is “despite Brexit”?

London’s fizzing fintech sector is a classic case in point. On track for a bumper period of investment, money men have ploughed a staggering £800 million into British fintech start-ups since the start of this year.

This is double the amount invested during the same period last year, a time where if one recalls the views of the Treasury and IMF, the UK economy was heading for hell in a hand cart.

But despite investors seemingly undeterred by the vote to leave, others seem hell bent on blaming Brexit come what may.

Take recent comments from deputy Mayor for Business Rajesh Agrawal, who claimed that this latest influx of fintech investment highlights the need for the City to maintain its place “at the heart of the Single Market.”

In this specific case, it is hard to fathom exactly why the Single Market matters when it comes to inward investment.

Surely sophisticated investors, knowing the government’s position for the UK to be outside this trade bloc, would have reigned in investment over the past 12-months?

Regardless of the Britain’s future relationship with the Single Market, it is hard not to see a future without the City at the beating heart of global fintech.

Why wasn’t this money pumped into firms based in countries that are certain to be part of the much-heralded Single Market? Paris, or even Frankfurt which at least, according to Goldman Sachs CEO Lloyd Blankfein, has great weather.

The truth is that, unlike these regions, there are a variety of different reasons behind investor confidence in UK fintech.

For starters, as banks, insurers and fund managers reassess their business models, they will be seeking out new innovative tech solutions to help establish new client relationships.

London offers the by far the widest network of expertise to support these more established firms as they enter a new financial world. London also offers the deepest pool of capital in the time zone between Asia and the US, and GMT is often quoted in international business settings.

This logistical benefit is unique to the City and investors know this will not change regardless of whether the UK is in the Single Market or not.

Then there is the infrastructure factor on top of this. Investors know that any move of trading flow to mainland Europe would come at a huge cost.

For example, the links that connect electronic trading, which now account for over half of the daily $5.3trn currency market globally, are all in London.

There is a plethora of descriptive City fintech vendors already servicing this lucrative market. And any investor with a stake in these firms know full well that any move in trading infrastructure away from the City requires capital expenditure that the majority of European countries simply can’t afford. 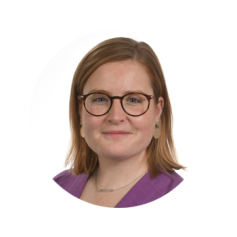 Investments Brexit
A service from the Financial Times