Investors who fear equity markets are rising to valuations that are unsustainable should not look to bonds for comfort, according to Alan McIntosh, chief investment strategist at Quilter Cheviot.

Mr McIntosh said he does not believe equity markets are expensively priced as a whole, but that some sectors, such as technology, now trade at valuations that are not attractive.

But he does not believe moving into bonds as a protection against equities will be effective at this time.

He said: "It is in vogue right now to be worried about equity market valuations, but it has been in vogue for years, and they have been wrong for years."

Mr McIntosh said bonds have traditionally acted as a diversifier away from equities, but he does not believe that approach will work now, because bond prices are already expensive.

The yield on the US 10-year government bond has risen to 2.7 per cent in recent days as investors have sold out of the asset regarded as the safest and most liquid in the world.

This could be because US and global economic growth looks robust, and investors are expecting that to continue, so are increasing their exposure to risk assets.

Or it could be that investors fear the rise in inflation expectations in the US will be bad for both bonds and equities.

It would be bad for low risk assets such as government bonds because higher inflation reduces the spending power of the fixed income earned from the bonds.

Our sister title the Financial Times has reported the rise in bond yields has provoked a sell-off in equity markets as investors fear that higher inflation will lead to US interest rates rising at a faster pace than previously expected.

This would be bad for equities because it reduces the supply and velocity of money in the economy, making consumer and corporate debt for expensive to pay off and harder obtain, reducing spending power and demand in the economy.

Peter Elston, chief investment officer at Seneca, said he has no capital allocated to US equities or government bonds because he expected this scenario.

Mr Elston said equity markets tend to perform poorly when interest rates have been rising for a prolonged period of time, and the US is the one global market where this is the case.

Mr McIntosh said the asset he has been buying for portfolios to act as a diversifier in the current climate is gold.

Because there is a fixed supply of gold in the world, he said it tends to act as a hedge against higher inflation.

He added that there is considerable political uncertainty in the world, and the gold price also tends to perform well in a climate of political strife.

Reports of the 60:40 portfolio death are premature 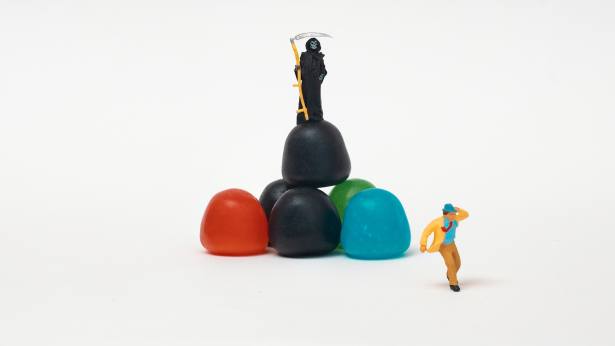