The announcement that a firm of activist investors have acquired the voting rights to just over 5 per cent of Barclays shares does not change the fact there is little profit in the stock, according to Ian Gordon, banks analyst at Investec.

Sherbourne Investments, a fund management company run by Edward Bramson, announced on 19 March that it has acquired the voting rights to 5.2 per cent of Barclays shares.

In the past, Mr Bramson has acquired shareholdings in investment company Foreign & Colonial, and private equity business Electra. In both instances he became involved with the management of the businesses and forced a change of strategy.

But Mr Gordon said that while Barclays shares appear cheap based on traditional measures such as price to book value, this is because the level of growth being targeted by company management is less than its peers.

But Barclays is targeting a return on equity, analysts favoured measure of the returns achieved by banks, between 9 and 10 per cent.

Analysts generally regard 10 per cent as the minimum acceptable long-term return on equity level for a bank.

Barclays prospects have undoubtedly improved in 2018, but the shares have risen by 8 per cent year to date, a gain he believes already reflects the improved outlook.

He said there is "limited upside" for the shares.

Mr Gordon downgraded his rating on the shares to hold from buy, and set a target price of £2.25.

Jes Staley, chief executive of Barclays, is currently being investigated by regulators for allegedly trying to discover the identity of a whistleblower in the company.

Mr Staley's strategy for the business has been to attempt to grow the investment bank, and previously cut the dividend to fund this move.

Mr Gordon noted that the investment bank's return on equity is considerably less than that of the rest of the company.

Investment banks generate most revenue when markets are highly volatile, as that results in greater levels of trading activity.

But much of the past decade has been marked by a lack of volatility, meaning investment banking profits have generally been lower.

Mr Gordon said he prefers Lloyds as an investment.

He said the chances of Barclays being broken up are remote, meaning there is little upside in the shares.

Russ Mould, investment director at AJ Bell, said the valuation suggests investors feel the bank is underperforming relative to its potential so it will be interesting to see how deeply Mr Bramson and his colleagues delve into the classic activist investor playbook and how Barclays responds, especially as the bank already has a lot on its plate, with the whistle-blowing case, the Serious Fraud Office investigation into 2008’s Qatar-backed fundraising and an ongoing fight with the US Department of Justice over allegations of mis-selling mortgage-backed securities. 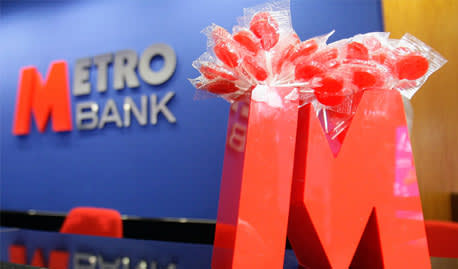