The Financial Conduct Authority (FCA) has contacted the board of the Invesco Perpetual Enhanced Income investment trust regarding the current dispute with the fund management firm Invesco Perpetual.

Investment trusts are run by a board of non executive directors.

Those directors then select the fund management company to run the assets of the trust.

The board will also choose companies to perform the marketing and other functions.

The board of the £150m Invesco Perpetual Enhanced Income trust had been negotiating a revised fee agreement with the fund management business, but an agreement could not be reached.

The fee dispute centred on the level of the performance fee payable to Invesco.

In a statement to the stock exchange this morning (11 June), the board of the trust said Invesco resigned when a revised fee structure could not be agreed.

In a separate statement released this morning (11 June), a spokesman for Invesco denied the fund house resigned as manager of the trust because of the fee issue, adding "the behaviour of the chairman" led to its resignation.

Since the announcement that it was resigning as manager, Invesco, which continues to be a shareholder in the trust, and Practical Investment fund, another shareholder, have requested the chairman of the trust's board and another director be removed from the board.

The trust's statement said: "The board believes Invesco Perpetual is using its clients' ownership position to disrupt the tender process for a new manager."

A spokesman for Invesco said: "Invesco's management was the primary reason why many invested in the trust.

"The drop in share price following Invesco's resignation is a key shareholder concern – 6 per cent on the day the resignation was announced on 26 April and some 10 per cent to date.

"The board has a fiduciary duty to preserve shareholder value and not to waste shareholder money – together with the significant drop in share price, the legal and professional costs incurred through the board's current strategy will likely have consumed any possible reduction in fees the board is trying to achieve beyond what Invesco had already agreed to for several years.

"Invesco therefore believes that the board has not acted in the interests of, or in accordance with, the preferences of shareholders. The requisition is not to decide on a new manager, but to decide on a board structure that can regain the confidence of its shareholders."

The investments in the trust are managed by a long established duo of Invesco managers, Paul Causer and Paul Read.

The board of the trust said in its statement: "The strong proposals received by the board from a number of high-quality potential managers demonstrate the untenable nature of Invesco's position.

"Every proposal received would result in lower management costs as compared to what it currently pays. No party has proposed a performance fee.

"Furthermore a preliminary review of five-year performance suggests that, Invesco's historical performance is at approximately the mid-point of the performances quoted in the proposals." 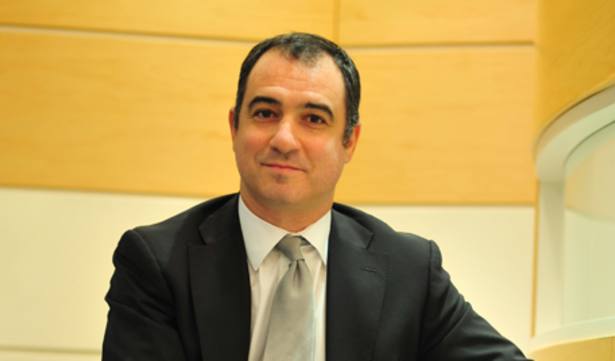 Barnett sticks to his guns despite poor performance