By Marilyn Bell and Chris Cook

Once upon a time a husband or wife could go through the other’s documentation and download it from their computer, taking any copies they thought would be useful for their case in divorce proceedings.

A major change was the case of Imerman v Imerman which made it clear this could not be done and the wife’s lawyers were ordered to deliver the files of documents to the husband’s lawyers without retaining copies.

If a client brings to a solicitor documents that belong to their spouse the immediate question is whether those documents have been freely and knowingly provided to the client by the person to whom they belong. If not, they cannot be read and must be returned to the owner or the owner’s lawyer.

The Court of Appeal has now made it clear that the spouse will be committing a criminal offence (theft, burglary and offences under the Computer Misuse Act 1990 and the Data Protection Act 2018, together with breach of confidence and trespass to goods).

Under GDPR, solicitors either in litigation or in contemplation of litigation can send such documentation to third parties, providing they have a legal basis for doing so.

In divorce proceedings documentation is either provided voluntarily or pursuant to a court order.

Pensions are a particularly complex area and it is becoming increasingly usual for divorcing couples to obtain advice and reports on pensions.

Investment advice may also be needed on the complexities of one or both parties’ assets, including their liquidity. It is particularly relevant in divorce to know what is available to encash, often to provide for housing, and how risky all or any of the investments are.

It would be unusual for a court to leave one party with illiquid or risk laden investments unless there was good reason to do so. Divorce lawyers, therefore, work closely with other financial advisers.

The impact of GDPR

It is easy to suggest that consent is obtained from the owner of the documents. However, this fails to recognise that in divorce proceedings emotions run high and the level of hostility can prompt either party to refuse any such request just for the sake of it.

While an application can be made to the court, this can be a lengthy and costly approach.

Under GDPR, solicitors either in litigation or in contemplation of litigation can send such documentation to third parties, providing they have a legal basis for doing so.

If the solicitor cannot obtain explicit consent, they will need to establish another lawful purpose for processing data. This will often be in order to comply with a legal obligation.

How coronavirus is changing data protection for firms 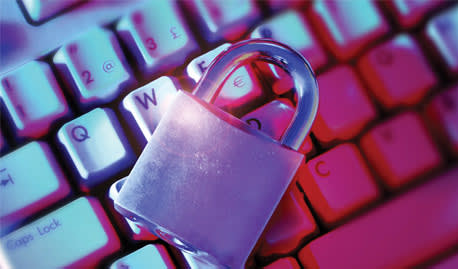