The idea that UK interest rates should soon rise is based on false assumptions, according to Sir Jon Cunliffe, deputy governor for financial stability at the Bank of England.

The market is presently pricing a 60 per cent chance of an interest rate rise in August.

But Sir Jon, who sits on the nine person Monetary Policy Committee of the Bank of England, the group that sets UK interest rates, thinks the market is overestimating the chances of such a rise.

Sir Jon’s comments come in light of his boss, Bank of England governor Mark Carney, implying that UK interest rates will soon rise, as he said the economy has “bounced back” from the starkly lower growth rate in the first quarter of the year.

Mr Carney also stated that his assumption remains that the UK will exit the EU in an “orderly manner”, therefore the short-term impact of Brexit will be muted enough not to justify a delay in raising interest rates.

But Sir Jon said he doesn’t consider it prudent for the central bank to make a major decision such as on interest rates based on “a single assumption” about the outcome of the Brexit negotiations.

He said the second assumption underpinning the notion that UK interest rates should soon rise is that, with wage growth picking up, UK inflation will rise, but he said the changing nature of the economy, with greater use of technology, makes economic data harder to read.

This means traditional assumptions, such as those around inflation and wage growth, may not be true in the economy in the technological age, meaning it may be prudent for the Bank of England to wait before putting rates up, he said.

The final assumption, Sir Jon said he is sceptical of, is the idea that it is better to put interest rates up than to let a debt bubble be created in the economy, creating a much worse problem.

This is the view of Andy Haldane, chief economist of the Bank of England, who told the Treasury Select Committee in February that it is always better to put interest rates up to prevent inflation getting out of control, than it is to delay a rate rise out of fear for the consequences to economic growth.

But Sir Jon disagrees with his colleague’s analysis, he said the central bank has other methods, which are less risky to the overall economy, to control the level of credit growth in the economy, and prevent instability.

Peter Elston, chief investment officer at Seneca, said he continues to invest on the basis that UK interest rates will rise, and that while issues such as Brexit may delay such a rise, investors should prepare for rates to rise. 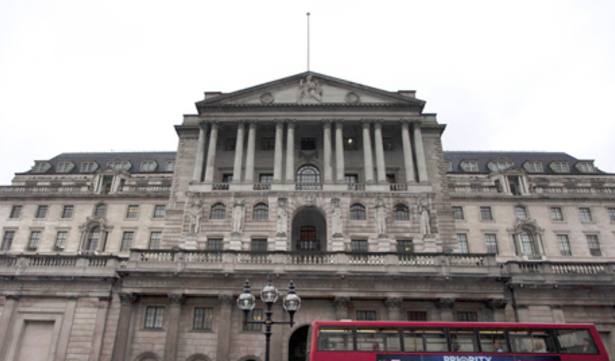