But despite Brexit, according to Rob Thorpe, head of distribution, UK intermediary, London remains the global headquarters for the business – an offshoot of Bank of Montreal – and Amsterdam will be its European headquarters. It is 45 minutes away by plane from London and is well set up for the task.

However, Mr Thorpe does not anticipate an effectual shut down of the City post-Brexit, given that, as things currently stand, we will not be in the single market and there will not be passporting.

He said: “There will be some moves inevitably, but the thing about London, it comes with a lot of capability and knowledge and experience, and I don’t think a lot of that is going to be transferred to Europe.

“Where are these people going to live? Where is the infrastructure going to be?

“We’re [BMO GAM] in a fortunate position of having businesses in different part of Europe already.”

It has been acutely aware of advisers’ and other intermediaries’ needs, through whom many of its products are distributed – and the chief complaint is cost.

Mr Thorpe said: “When we were speaking to advisers they were using passive portfolios only because they couldn’t have access to active at a similar price. Advisers [are dealing with] circumstances where cost is a constraint, it could be DB transfers, for example.”

In response to this, it launched a multi-asset range in November last year – BMO Universal Multi-Asset Portfolios – with an ongoing charges figure of 29 basis points, comparable to a tracker, but with input from its fund managers. It comes in three varieties: cautious, balanced and growth.

“It’s in-house capability that we’re using, and we’re not double charging for that and that explains why we can offer a low cost.”

Of less anticipated appeal to advisers is another part of BMO GAM – ETFs. BMO is big in ETFs in Canada – North America has embraced them much more than Europe. Mr Thorpe said 60 per cent of the ETF flows in Canada go into BMO, so “we know the market”.

But British advisers will not recommend ETFs. He said: “Most advisers, when they make a recommendation for a fund, they do it for the medium term and intraday trading [of ETFs] is of no real benefit to an adviser.

“The second thing is that the majority of adviser business is placed on a platform and the platform industry has been very slow to make ETFs available. We’re starting to see that change, but the major platforms in the UK started from a fund supermarket, they’re not set up from stock trading.” 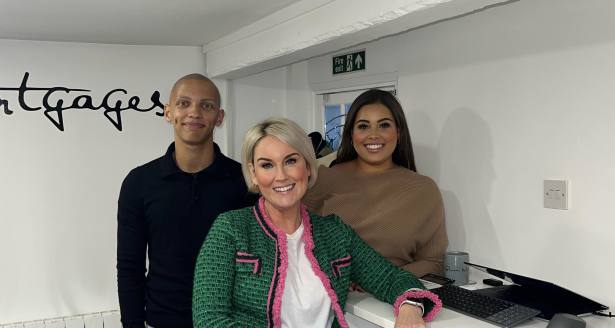 Investments Platform
A service from the Financial Times