UK assets are already being priced as if negotiations between Britain and the European Union will end with a hard Brexit, according to several investors.

But they have also said this will present opportunities for investors, with Ed Smith, head of asset allocation research at Rathbones, saying there were many "unknowns" around Brexit, but this didn't necessarily mean investors should sell UK assets.

He said: "Our analysis suggests that sterling is already priced for a fairly hard Brexit. If Brexit were abandoned, we expect the pound would go up by more than it would fall should a hard Brexit be confirmed.

"On a long-run basis sterling is very undervalued. This holds even when we hypothesise an adverse Brexit scenario.

"A stronger exchange rate would normally weaken shares of multinational companies listed in the UK, holding all other things equal. Remember how the FTSE 100 outperformed immediately after the referendum and indeed for the rest of 2016, before underperforming dramatically for the next 12 months or so as foreign investors sold UK companies indiscriminately (regardless of their exposure to UK revenues)?

"But there is a good case for a softer Brexit resulting in both a stronger pound and a stronger FTSE. That’s because the FTSE is so under-owned by global investors."

He said investors "loading up" their portfolios with UK companies that earn the bulk of their returns from overseas are taking a currency risk that may not be justified.

Mr Smith said that against the euro, sterling was still undervalued almost by as much as it has ever been in the last 35 years.

Although the euro hasn’t existed for that long, Mr Smith was able to calculate a theoretical exchange rate based on the fixing rate at which the old national currencies joined the euro.

Paul Mumford at Cavendish Asset Management said: "No deal, while obviously sub-optimal in some ways, wouldn't be the apocalypse many fear. In fact, over time, it will have clear upsides for swathes of the UK economy.

"Sterling would inevitably take a big hit, but this would be a boon for many - particularly UK exporters, foreign investors who would be able to cherry pick quality companies, and FTSE 100 companies who in total derive around 70 per cent of their sales from overseas markets.

"There would also be some big winners in the oil, mining and tobacco sectors - for example BATS makes over 90 per cent of its earnings outside the UK. With Brent crude at $74/barrel, shares in North Sea oil and gas companies should benefit whatever the outcome. And given that energy prices are in US dollars, these companies find themselves with a natural currency hedge."

Mr Mumford’s comments came in light of the government publishing a series of papers revealing its preparation for a no deal Brexit.

Kathleen Brooks, research director at Capital Index, said sterling initially rose in light of the government’s publishing its plans for a no deal Brexit, but then fell back, as US interest rate movements were currently the major influence on sterling’s direction. 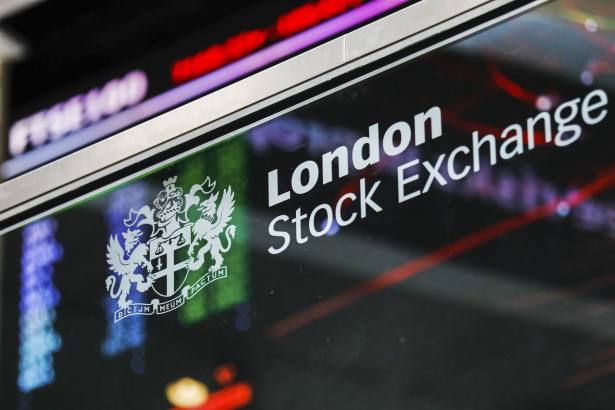 UK Brexit Investments Sterling
A service from the Financial Times