This is not a sudden shift; our previous survey told a similar story. But Investment Association statistics suggest passives more than consolidated their position in 2018. While overall retail fund sales for this year look set to come in at around a fifth or a quarter of the record amount garnered in 2017, tracker funds have already amassed £7.5bn in net sales compared with £10.7bn last year. What’s more, this data does not include ETFs.

One question for allocators is whether this interest will continue now that markets look to have entered a more difficult period. There is a reasonable chance that it will. Active managers like to say that their funds protect investors better in down markets, but the events of October and November again showed that this only tends to apply in a select number of cases.

Table 2 details those companies that have struggled the most during the year as a whole – from a flows perspective, at least. The biggest loser in this regard is Standard Life Aberdeen. Once again, its misfortunes have been driven by the travails of the Global Absolute Return Strategies fund. But while Gars is its biggest problem, it’s not the only one: outflows from Aberdeen funds mean the firm would still feature in the top 10, even if its former poster child were omitted.

These tables do exclude fund of funds, however – those are found in Table 3 – and investors’ interest in this part of SLA’s business means it has continued to be a ray of light during a dark period for the company.

While Table 2 contains some repeat offenders (HBOS, BNY Mellon and First State all featured last year), there are also some falls from grace. One is M&G, which last year ranked as the most successful asset manager in terms of fund flows, but this year is second worst. The company’s oscillation between multibillion inflows and multibillion outflows has continued for several years now, and is driven by just one thing: European investors falling in and out of love with Richard Woolnough’s Optimal Income offering.

Others to have suffered from a swift reversal in sentiment include Woodford Investment Management and Aviva’s multi-asset absolute return funds. Invesco, on the other hand, has had to deal with a longer-running problem in the form of a continual dripping away of assets from its own UK equity income products. Much of this money is “legacy” in nature, meaning there is a natural attrition rate associated with holders of yesteryear closing their accounts or even passing away. 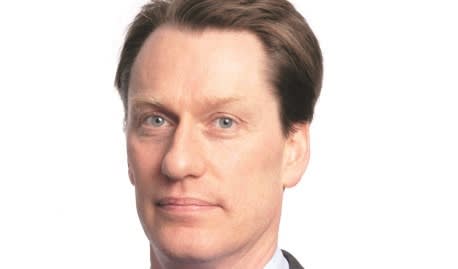