With-profits funds used to be heavily marketed to consumers as a 'safer' way to invest in a range of assets, and to get positive returns with the prospect of a good bonus at the end of the term.

They operate in many ways that are similar to a balanced fund, in that they invest in a diverse range of assets, and they attempt to smooth out the worst effects of bad investment performance, by holding back some of the strong returns in good years, and allocating them to bad years.

They were immensely popular in the 1980s and 1990s, and attracted investors with promises of good bonuses.

Most insurance companies offered them and competition became intense between them. As a result, they competed on bonuses, trying to attract investors with the prospect of amazing returns.

Essentially, if I'm extracting money, I want as much stability in that pot but still want a return. How can you find that return but without volatility?

To get these, the funds invested heavily in equities, but as the market turned following the dotcom crash, equities lost their lustre and the funds had to apply Market Value Reductions (MVR). This gave with-profits funds a bad name, and funds had to move into lower risk assets, such as bonds.

This turned people off even more, as the providers could no longer offer fantastic bonuses in the way they could in the past. This meant that less money came into the funds, which in turn meant less to play with.

Nonetheless, despite their lack of popularity compared to the past, they still offer something to investors.

Many are suggesting they are good for retirement as a decumulation tool, with clients using drawdown products to access with-profits funds.

Paul Fidell, head of business development for investments at Prudential, says: "When pension freedoms came in, the comment at the time was, how was this going to impact on Pru because it might affect the annuity book?

"What people didn't appreciate is if you're not buying an annuity you still want an income, and one of the last things you want is you don't want too much volatility on that pot of money.

"Essentially, if I'm extracting money, I want as much stability in that pot but still want a return. How can you find that return but without volatility?"

He adds: "People started buying Pru Fund in drawdown, and we have a big share of the drawdown market."

Many of the friendly societies, or mutual insurers, keep the with-profits sector going, and offer a range of ways to access them. 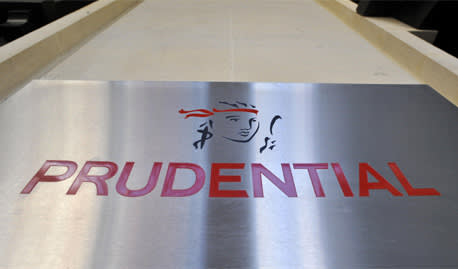