A decade after the Bank of England started quantitative easing, the resulting price gains have made it hard to argue UK government bonds are anything other than expensive.

A number of advisers have long since shifted to more flexible fixed income offerings, but a glance at 2018 shows gilt funds can still assist portfolios.

Of the 27 funds in the Investment Association’s UK Gilts sector, 16 made a small positive return in 2018. Those that did fall into the red experienced losses of no more than 1.5 per cent – in comparison, the FTSE All-Share index lost nearly 10 per cent.

That’s not to say sticking with gilts is a straightforward choice. A proven diversifier looks appealing in difficult times: market volatility could well return this year, and safe-haven assets might have an added attraction given the ongoing uncertainties of Brexit.

With no sign of monetary policy tightening aggressively in the UK soon, it may be some time until domestic debt runs into trouble.

But the fact remains that gilts are far from the cheapest asset, and the income on offer remains meagre as a result. Gilt yields remain much lower than US Treasury yields, for example, and even further behind the dividend yield on offer from the FTSE All-Share.

And when it comes to defensive qualities, new strategies, such as absolute return bond funds, aim to preserve capital without exposing investors to more expensive parts of the bond market or duration risk.

For those convinced of the merits of holding gilts, it’s worth considering the best-performing products. Table 1 shows the top 10 funds over five years. Readers may notice something missing from the table: in order to focus on more generalist products, we have excluded long-dated funds. Given current valuations, the duration risk on these products is simply too high for such strategies to be worth considering by any retail or wholesale investor.

Nonetheless, it is true that loose monetary policy and structural demand from pension funds mean life has been kind to long-dated gilt funds. Bond markets’ continued rally means the longer a fund’s duration, the better its performance has been.

Active funds have failed to keep up with bond indices over the past five years – this, again, is partly because active managers have tried to limit duration risk.

Vanguard’s UK Government Bond Index leads the group, having returned £1,278 from a lump sum of £1,000 over five years. An iShares tracker sits in second place, and half of the top 10 are passives.

One reason for this dominance is that many active managers have tried to limit duration risk over the past half-decade. As a result, it is trackers that have best been able to capitalise on favourable conditions that have lasted longer than many expected.

A bond held by the Vanguard tracker had an average maturity of nearly 18 years at the end of January, compared with around 11 years for the iShares and L&G trackers and 15.6 years for the HSBC UK Gilt Index offering. In context, this is not so far off some of the long-dated products excluded from the table: the Newton Long Gilt fund had a duration of 18.8 years at the end of 2018.

The outlook for government bonds 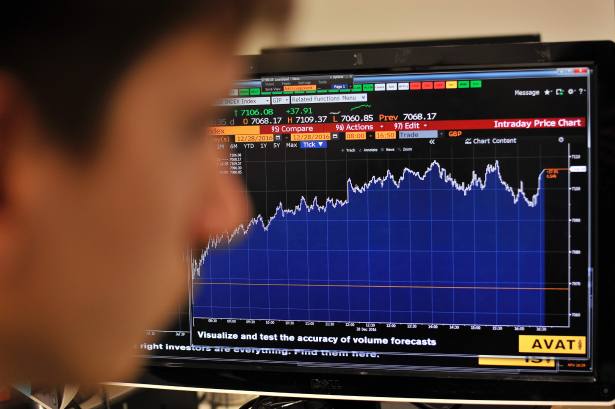 How to invest when assets are moving in the same direction

Rate cut means 'time for advisers to demonstrate their value'