Fans of 1958 B-movie classic The Blob will observe many similarities between the gelatinous alien life form that engulfs everything it touches and Brexit. For that reason, Charles Stanley’s new group head of distribution John Porteous agrees to talk about something else.

After all, he is a man whose 25-year tenure in the City included a stint as head of private clients at BDO Stoy Hayward Investment Management when the 2008 financial crisis hit, before moving to Macquarie as head of distribution from 2009 as the drama unfolded.

“It was extraordinary,” he says. “Being responsible for a private client business and going through the banking crisis taught me some very important lessons that have stuck.”

You thought that the bosses had the answers, that they knew what they were doing

He says the experience showed him how powerful internal communication can be, and how crucial it is to map out every possible scenario of where a company is heading – two aspects that were lacking until the crisis brought them out.

“You thought that the bosses had the answers, that they knew what they were doing – after all, they were living in these big houses – then suddenly the crisis hit and it was obvious they didn’t,” he says.

It is clear where this is heading; there is a corrosive, malevolent force about to devour us all.

“The financial crisis was the Brexit of its time,” he suggests. “But we must look through and past it. I wonder what is pending on the other side, what the recoil is?

“I think the Financial Conduct Authority will look at more market thematics in terms of competition, but there are a couple of themes emerging.” These are more regulation, the impact of technology and the changing face of the consumer, he notes.

“As an industry, we have to figure out how we can digest the huge wall of regulation that has come towards us, and how it can be used positively to benefit the consumer,” Mr Porteous says.

“At the moment, it’s like we have a bit of indigestion.”

Companies should also look at adjacent industries to see how personal wealth services could be similarly upended, he adds.

“Amazon Prime is being increasingly cited,” he explains. “We have put a huge amount of trust in what is essentially fulfilment and content.

“I click a link and the following day, even a Sunday, there is what I ordered. People are saying they want to consume financial services in similar ways.”

He says companies – especially older ones such as Charles Stanley – must carefully balance innovation with the traditional values that have made them successful.

“You can’t suddenly reinvent yourself with a pithy title and go from one extreme to the other,” he says.

He notes that few if any companies are not reviewing and restructuring their business in response to changes in consumer demand.

Does Charles Stanley need to change? Yes, says Mr Porteous. The company is under pressure to resolve its widening gender pay gap, and it is fully embracing the idea of a cultural shift, he notes. 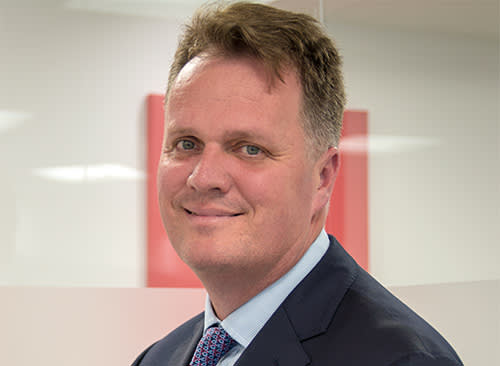 FTRC is helping to educate advisers on protection