Blackrock Investment Management has launched a fund that specialises in waste-reducing and sustainable investments, supporting businesses that work towards the so-called circular economy.

The news comes as Blackrock has partnered with international think tank and thought leader on the circular economy, the Ellen MacArthur Foundation.

A circular economy is built around eliminating waste and the continual use of resources. This is in contrast to the linear economy — the status quo where products are often designed to be used for a short time and then thrown away.

The circular economy is based on sustainability and in particular three principles: design out waste and pollution, keep products and materials in use, and regenerate natural systems.

According to the Ellen MacArthur Foundation, the circular economy is estimated to present a multi-trillion dollar opportunity while addressing global issues such as climate change, biodiversity loss and pollution.

The foundation has helped Blackrock identify the pool of companies suitable for inclusion in its fund, while Blackrock’s fund managers will pick the specific investment opportunities and manage the ratio of investments and risk levels within the portfolio.

The fund, which has started with £20m of initial funding from Blackrock, will invest in companies that either benefit from the circular economy or contribute to the advancement of it, and will avoid those that do the opposite, such as coal, oil and gas.

Examples of companies the fund can invest in include those that design products that are easily repairable or from recycled inputs, and those that provide solutions that allow others to become 'circular', such as Tomra, which creates sorting systems for recyclable waste.

The fund will also invest in companies that happen to be in "the right place at the right time" and are expected to benefit financially from the economy becoming more 'circular', such as manufacturers of paper bags.

According to Blackrock, the initial investments will primarily be made in the fashion, plastic and food sectors — as they are set to be the “biggest winners” in this line of thought — but it will branch into more niche sectors as it evolves.

Mr Hambro said: “When we started thinking about new opportunities for Blackrock and we started to think about transitions in the world, one of the obvious ones was about resource scarcity.

“Having invested in mining for the past three years, we’ve been heavily focused on the risks the companies we’ve invested in are exposed to. As we move towards a more sustainable future, what are the threats to demand?”

Mr Hambro said the more work he did on sustainable materials and the circular economy, the more he realised it was an investment opportunity. 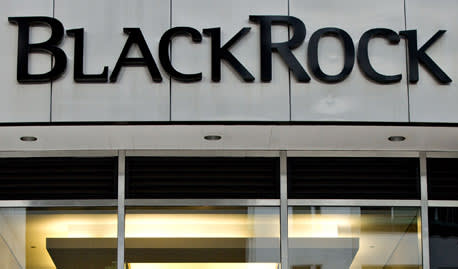 The role of equities in a defensive portfolio