He added: “Indeed, male brains experience a bigger burst of endorphins and sensation of pleasure when faced with a risky or challenging situation. In fact, the bigger the reward, the more likely a man will take a risk, excepting that risk-taking behaviour is somewhat tempered if a loss has recently been experienced.”

Despite the science, barriers remain when it comes to the numbers of women executive directors.

Lack of robust selection processes, negative opinions of executive search companies, and views about the shortage of suitably qualified women are reported, while most participants did not see the development of the female executive pipeline as a top priority, according to a study by Dr Claire Barnes, a chartered organisational psychologist and a teaching fellow at Birkbeck University.

Misconceptions at the top

Bev Shah, founder and chief executive of City Hive, who worked for 15 years in the investment sector, says there is a misconception that women have been allowed to take on roles to make up numbers.

She adds: “Because of the imbalance of women in senior roles, they can often be judged against the experience of a handful of women who have gone before them.

“And conversely, that handful of women are expected to represent a much broader and diverse category of people. Essentially, the sample size skews the data. So people draw conclusions about women that are not based on the average behaviour or performance.”

One of these conclusions is the idea that all women manage in the same way.

But Ms Shah says that often the most successful women exhibit behavioural styles with more emphatic ‘male’ traits such as competitiveness, as they are seen as closer to the default management style. However, a lot of women managers are more collaborative.

She adds: “This has often arisen from necessity; they can’t progress as they are judged more harshly for their individual contributions and perhaps ignored.

“Sometimes the origins are taking on responsibility for activities with collective benefits – there is plenty of research that shows women take on more communal tasks than men who manage fine when there are no women around.

“On the positive side, often women can find collaborative approaches to be more effective – they can strengthen teams by empowering more people.”

Diversity in leadership goes beyond gender. Headhunter Russell Reynolds ran a study last year looking at the differences in business outcomes for companies that had made advances in diversity and inclusion compared with those that had not. 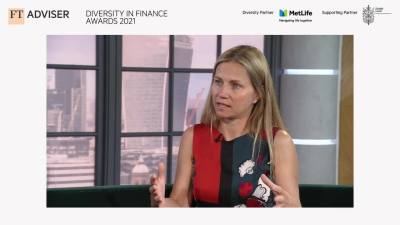 Winners of the FTAdviser Diversity In Finance Awards - revealed!

AMI calls on brokers to respond to diversity survey