As sustainable investing has evolved, trends that once seemed like moon shots, have become central to the consciousness of investors.

These include typically, electric cars and driverless cars, thanks to Tesla and other such businesses.

Renewable energy has also moved firmly into the mainstream.

Mike Fox, global sustainable equity fund manager at Royal London Asset Management says there are very long-term emerging trends in the world that will probably become very significant in the decades ahead, but, right now, are not really investable.

He cites the example of quantum computing, which he says: “Could have a major impact on the world, but is too far into the future to be investable in right now.

"There is usually a lag between when something is discovered and when it becomes investable. We are keen right now on genetic medicine.

We focus on the biggest issues of our time, search for companies that can make money

"Understanding of the human genome and its ability to help medical science has been around since 2000, but it is only really in the past year that we have really known what it can do on a practical level and in a way we can understand; that’s 19 years later.

"We aren’t really about the very early stage stuff.”

Look to the future

Peter Michaelis, head of sustainable equity funds at Liontrust, takes a slightly different approach, and is happy to “look years into the future” in search of sustainable investment ideas.

He says: “Key to our sustainable investment approach at Liontrust is looking ahead, often years into the future, and making decisions based on how we believe things will develop.

"We focus on the biggest issues of our time, search for companies that can make money from solving them and invest in the opportunities of maximum impact for maximum returns – and this means getting ahead of the curve by identifying major transition points across sectors is vital.

The fund manager says: “We have seen this in an area like energy, for example, where the climate change crisis continues to drive a changing agenda.

"We believe this is a key trend for any fund to get right to generate attractive returns, with wind turbine manufacturers a clear beneficiary of this changing landscape.

"The dream of renewables, plus smarter grid and storage, continues to get closer and we think this will be virtually impossible to compete against economically, maybe as soon as 2025.”

Stephane Monier, chief investment officer at Lombard Odier, says the present Covid-19 crisis is likely to speed up the pace of innovation in areas such as climate science. 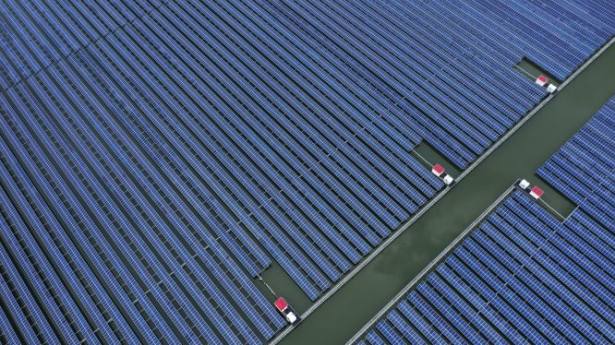 What does the future hold for commercial real estate?