Companies in administration and a luxury Ibiza property scheme are among the laggards struggling to sell in Neil Woodford’s defunct Equity Income fund.

Yesterday (September 30) investors trapped in Mr Woodford’s former flagship fund were told they could face up to a year for the rest of their cash to be returned as some of the remaining assets would not be realised until “mid to late 2021”.

The liquid assets in the portfolio were largely sold in January this year, when £2.1bn was returned to investors. They have since received two further payments as some more illiquid parts of the fund were transferred, but there is still £288m trapped in the portfolio.

Some £92m of these assets have already been sold to US-based Acacia, but are yet to be transferred, while the remaining £196m is stuck in assets still up for sale.

The stocks struggling to sell

Nearly £9m of the portfolio, around 1.9 per cent as of March 2020, is invested in Sabina Estates, a luxury property complex in Ibiza developed for high-net worth individuals.

According to reports, Mr Woodford sold the majority of this holding back in 2019 but the fund’s annual accounts, also out yesterday, showed some £8.9m is still invested in the development.

One of Mr Woodford’s most famous holdings, Atom Bank, accounts for a similar amount of the portfolio.

With a market cap of $1.3bn (£1bn), it was one of the first UK banks built for online use without any branches.

Earlier this month, Atom’s chief executive said the bank expected losses to shrink this year after consecutive years of losing money. Some £8m of the fund is invested in the digital bank.

Investors’ cash, which has been trapped in the defunct fund since June 2019, was also invested in three firms currently in administration. The report does not show a value for these holdings.

Metalysis, which produces metal alloy powders for advanced manufacturing, was placed into administration in June 2019, according to Companies House.

Diagnostics firm Sphere Medical Holdings has been in administration since September last year while Utilitywise, an energy broker, collapsed in February 2019.

Safe Harbour Holdings, an investment vehicle established to generate returns through acquisitions, accounts for about £1.2m of the fund’s remaining cash.

It delisted from the Alternative Investment Market and appointed liquidators for the voluntary winding up of the company in July, and distributed some cash to investors, including the fund, in late September 2020.

Other holdings include those that have previously made headlines after suffering from large write-downs and wiping value from the Equity Income fund.

Benevolent AI, a tech firm run by former government minister Joanna Shields, is one of the largest holdings in the fund, with a £64m investment, accounting for 13 per cent of the portfolio.

In September last year Mr Woodford suffered a fresh blow when an investment in Benevolent AI valued the company at half its previous price. At the time it was the sixth-largest holding in the fund. 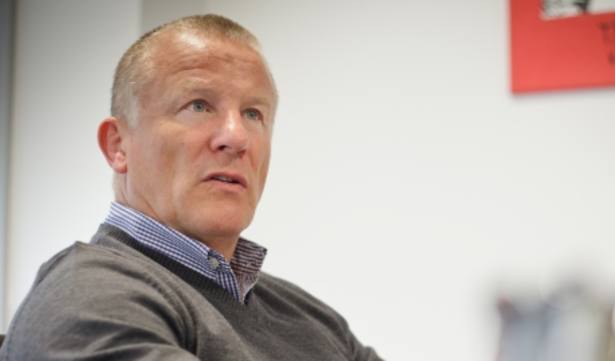 Investments Equity
A service from the Financial Times