Ferdi van Heerden, chief executive of MGIM, told FTAdviser the fund house would use the synergies created through the takeover to lower the cost of its funds for advisers.

He said: “The Seneca funds have larger scale and lower total expense ratios than Momentum funds, so our intent of course is that when we combine the ranges and various aspects are consolidated, then those will be passed on.

“Seneca has quite effective fees, but the MGIM funds are slightly smaller so are a bit more expensive so the focus will be that we combine these ranges and get the efficiencies.”

The ongoing charges figure on the Seneca and MGIM funds currently vary between 1.09 per cent and 1.49 per cent, but MGIM said the acquisition would deliver better combined Aum and scale which "should result in lower aggregate total expense ratios once consolidated".

Downward fee pressure on all parts of the industry has been a growing trend in the past few years.

In June, a survey showed that 60 per cent of asset managers believed fund fees would continue to drop for the next decade while on a recent FTAdviser podcast, principal at the Lang Cat, Mark Polson, predicted a “reckoning” for fund management fees as advisers continued to put more pressure on the rest of the value chain.

Mr van Heerden’s comments come after MGIM announced this morning it was to buy Seneca, creating a fund house with nearly £5bn assets under management.

There will be no redundancies from the transaction, but chief executive of Seneca, David Thomas, will step down from his executive role and continue as a non-executive director.

Mr van Heerden said the takeover provided the business with the “building blocks” to grow its engagement with financial advisers and discretionary fund managers.

He said: “Both businesses have been focused on organic growth, so it's in the DNA of the combined businesses to back ourselves and grow organically.

“The focus is to stick as a fund provider. Both businesses are fiercely client focused and we know how to engage and deliver their client outcome.”

He told FTAdviser that although MGIM was not an “aggressive acquirer”, he would be interested if the right opportunity came along in the future.

Mr van Heerden said: “I think companies do transactions for different reasons. Both Seneca and MGIM were profitable businesses on their own so this is done because of the opportunity for growth it gives us as a combined entity.”

Looking forward, he said the firm was happy to “bed down this transaction” in the short-term future and see what opportunities came from the takeover before announcing future plans. 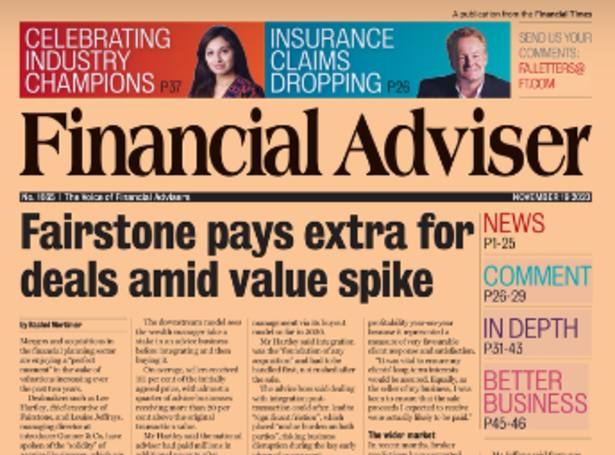 Investments Fees Mergers and acquisitions
A service from the Financial Times