The advice industry has called for greater clarity after learning intermediaries may not be required to include a client’s sustainability preferences in the advice process after all.

FTAdviser has learned amendments to Mifid II – requiring advisers to incorporate clients’ sustainability preferences as part of the suitability process – will not be onshored when the UK leaves the EU at the turn of the year, despite originally being expected to come into force in the first quarter of 2021.

The amendments are separate to the Sustainable Finance Disclosure Regulation, which requires businesses to disclose more about their internal sustainability considerations.

This was also shelved for UK companies earlier this month. But there is still the potential for similar proposals to be introduced by the UK government at some point.

Mike Barrett, director at the Lang Cat, said: “As it stands, unclear regulation, combined with Brexit uncertainty, makes it almost impossible for advisers to start planning for any changes.”

The amendments in question would have required advisers to ask clients about sustainability preferences in their suitability checks as part of the advice process. Advice companies whose business is solely with UK clients have been prepping for such changes under the assumption the changes were being introduced.

Now such rules are not automatically coming into play, the UK will have to consider whether it wants to issue similar regulations in the future – but such provisions will have to be legislated, and will therefore be in the hands of the Treasury.

Peter Chadborn, director and adviser at Plan Money, said the advice market would “absolutely welcome” some clarity over any incoming rules and the timeline for them.

He said: “It’s one thing for us to start incorporating it into our firm, which most advice firms will do anyway, but that will look different if the change is coming in one month, six months’ or one year’s time.

“It would be good to know what is expected and when.”

Into the long grass

Experts have said the advice market may not see the expected rules come to light in the UK for several years if the regulatory lifecycle had to start at the Treasury from scratch.

Mr Barrett said: “If it is for the Treasury to decide, it feels like that puts it firmly in the long grass, on the assumption it would go through the normal process.

“That is probably a minimum of 18 months from when it starts, and it certainly means any changes are off the table for next year.”

Mr Kenny was concerned about the potential time lag, noting many advisers were experiencing clients approach them about environmental, social and governance investing on an increasingly regular basis.

He said this “ran the risk” of having a major industry challenge if advisers had no clarity on how to “do the right thing”. 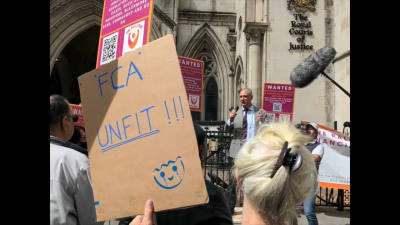