WH Ireland's wealth management boss Steve Ford says his plan is to grow the unit to £3bn in size in the years ahead using a combination of acquisitions and an increased focus on financial planning.

The wealth management division of WH Ireland is still loss-making, but the wider group has seen its first profit in five years after revenues beat expectations in the year to March.

The company's latest results showed profits were driven mostly by the performance of the capital markets division, but with wealth management also improving.

Ford’s unit had assets under management of £1bn at the end of the year, a figure which was helped by the £7.8m acquisition last year of Harpsden Wealth Management.

Excluding the acquisition asset growth was 25 per cent, with Ford saying a significant part of this was existing clients deploying more cash with the firm.

But Ford said his target was £3bn of Aum, with the firm determined to move away from having execution-only clients, and instead focus on financial planning and discretionary fund management.

WH Ireland has just been awarded corporate financial planning status by the CII.

Ford said: “I think, understandably, a lot of existing clients were reluctant to place more capital with a firm that is loss making, so the return to profitability helped this year. We also moved some clients over from execution-only and into our DFM portfolios.

“We are not going to get to £3bn without acquiring other firms. We are talking to a few now, a couple that are bolt on deals, and a couple of larger deals."

He added: "There is a lot of competition to buy wealth management businesses right now, and that is because they are like buying a gilt.

"You get a stream of recurring client revenue which is as reliable as a bond, and with interest rates making the income more attractive."

He said the biggest challenge he anticipated for the firm in the years ahead was to make sure it did not overpay for acquisitions.

"I would say, when we bought Harpsden last year, many thought that we paid a very full price for that. But we have already delivered the synergies we promised, ahead of schedule, and discovered more synergies.”

Ford, who prior to joining WH Ireland was a main board director at Brewin Dolphin, said the other area of expansion, and differentiation, would be through an increased focus on financial planning.

He said: “A lot of model portfolio service products have become commoditised and the only way they can compete is on fees, and even a lot of the investments held in different DFMs are quite similar.

"But we think we can be different by helping the DFM client with the strategy, with the tax planning and with the financial goals they have.”

He added: “I am very pleased that the losses in the wealth management business have been declining rapidly, and my costs this year were lower than last year. 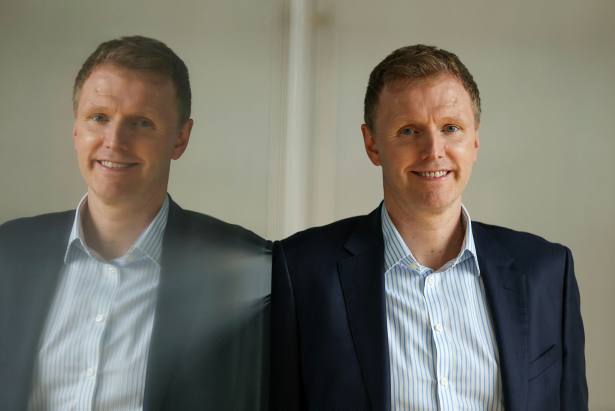