M&G said the £800m net outflows from its retail savings arm in the first half of 2021 highlighted the need to grow its newly launched advice arm, M&G Wealth.

This compared to £800m in net inflows posted by the retail savings arm, which includes the flagship PruFund proposition, during the same period in 2020.

M&G blamed “a shift by advisers to favour platform business” for its retail saving outflows, as well as the “ongoing consolidation among advisory firms”.

“The advice market has seen increased competition as a result of ongoing consolidation which has impacted the number of advisers we interact with,” the firm said in its interim results.

“The trends underscore the importance of completing the integration of the Ascentric platform and broadening the proposition offered by M&G Wealth.”

The advice arm, which is less than a year old, is partly the result of M&G’s acquisition of Ascentric from Royal London in May 2020.

“We anticipated the changes in adviser behaviour with the acquisition of the Ascentric platform business in May 2020 and the subsequent launch of M&G Wealth in September that year,” said M&G.

It added that completion of the integration of the Ascentric business is “on track”, pointing to the growth still to do to get the arm up and running.

Despite the outflows of £800m, M&G's retail savings arm saw its assets under management increase to £84.8bn - due to positive market movements.

As a group, M&G posted an operating loss after tax of £248m, compared to a £826m post-tax profit one year earlier.

As part of M&G Wealth’s formation, the company agreed a new partnership with software house Ignition Advice which is set to launch later this year to develop “hybrid advice”.

On a recent episode of the FTAdviser Podcast, Richard Caldicott - M&G Wealth Advice's deputy chief executive - said: “It is replacing all the bits that add time and complexity to the adviser's workload, that take six hours of the nine hours to give financial advice out of the process.

"And why wouldn't we just gradually make those things more and more mainstream as the tech gets better and better?"

M&G's retail asset management arm saw its outflows more than half to £3.4bn after an improvement in fund performance and the launch of a "new generation of sustainable and thematic funds" which delivered net inflows of £600m.

The outflows was largely attributed to £900m in redemptions from the M&G European Strategic Value fund by Prudential - which demerged from M&G in 2019 - and redemptions of £900m from the M&G Property Portfolio fund which reopened in May following a 17 month suspension. 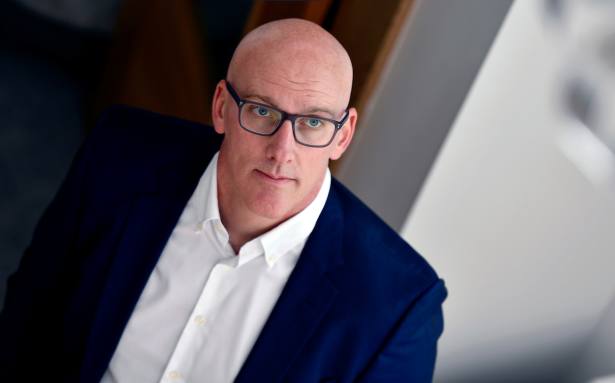 M&G Wealth to focus on tech to grow platform M&G: Sandringham is our opportunity to acquire IFAs

Ascentric
A service from the Financial Times