The firm has initiated new positions in Monks Investment Trust, as well as Legal & General’s UK 100 Index tracker, saying the team is looking to “temper its value slant”.

The positions have been funded by the sale of the Man GLG Undervalued Assets strategy and a cut in its position in the Artemis US Extended Alpha fund.

James Burns, co-manager of Smith & Williamson Investment Management’s MPS, said: “Across the board we remain very positive on UK equities as a whole, and although the Undervalued Assets Fund could benefit from its positioning in the mid-cap space, we were conscious that a number of our more growth focused managed portfolios were skewing towards value.”

He added: “Although the L&G 100 Index trust does naturally have some exposure to value stocks, it is overall more balanced and we think, along with our other positions in Ninety One UK Alpha and Artemis UK Select, it is well-placed to benefit from the continued UK recovery.”

But according to Kingswood’s latest investment outlook, strong economic growth, rising bond yields and an “abnormally large” valuation gap between growth and value stocks are “all conducive to a renewed rotation" to value stocks later this year.

Rupert Thompson, chief investment officer at Kingswood, said UK equities would benefit in particular if value comes back in favour.

“The key attraction here is their cheapness, with their price to earnings ratio now as much as 30 per cent lower than the rest of the world.”

He added: “The UK has recently given back some of its outperformance since November as the rotation into value has gone into reverse. But it is well placed to benefit if, as we expect, value comes back into favour.

“UK equities have as yet regained only a small part of the underperformance seen over the last few years.”

Other moves for Smith & Williamson

The S&W team has also sold positions in the RWC Enhanced Income fund, moving the capital into the RWC UK Equity Income strategy.

Burns said that although the RWC Enhanced Income fund provided a good yield, the strategy’s call option means it has a capped upside.

“We moved to the RWC UK Equity Income fund instead, which continues to provide yield but also is able to benefit more from its equity positions,” he said.

In other growth-focused portfolios the team cut positions in the Artemis US Extended Alpha and initiated a position in the Monks Investment Trust.

“The Monks Investment Trust, whilst not being an explicit US play, has a large portion of the portfolio in the US and is focused on areas we believe future growth is going to come from,” Burns said. 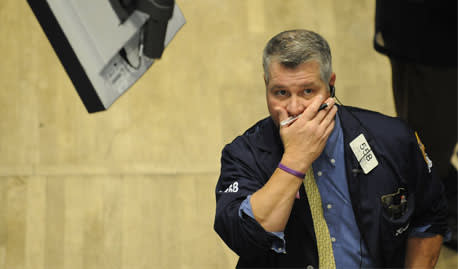