The chief executive of Ninety One has hit out at “portfolio purity” practices, saying they were not helping to fix the climate crisis and threatened to exacerbate an existing problem.

In a statement this morning (November 3) ahead of his panel session at the Green Horizon Summit at COP26, Hendrick du Toit said as part of the 'net zero' push many investors were focussing merely on reducing their own reported carbon emissions in an attempt to prevent climate change.

But this meant they were more inclined to divest from heavy polluters when what the environment needed was more engagement with those countries and investment in their long-term transition plans.

He said: “By myopically focussing on 'portfolio purity' and picking and choosing investments that make them look green without having to advocate for real-world carbon reduction, [investors] aren’t effecting the kind of change needed to tackle the climate crisis.

“They are leaving the problem of heavy emitters to others, perhaps even to bad owners."

He explained in a typical global equity portfolio a reduction of 50 per cent exposure in the Brics plus Indonesia would lead to a 3 per cent reduction in reported portfolio carbon intensity. The weight of those countries in the index is 8 per cent, which was another reason divestment may be more attractive than engagement.

"Our experience in emerging markets tells us a very different approach is required," he said.

Du Toit said a “buy developed, sell developing” strategy could lead to emerging markets being starved of investment capital at the time they needed global investment to finance their energy transitions.

“Now is not the time for rich countries, their investors, asset owners, and institutions to abandon the rest.”

The asset manager's chief executive said the industry must focus on long-term transition plans consistent with net zero by 2050 for companies and countries, not near-term reductions, including clear transition plans from asset owners.

“This requires patient pragmatism rather than instant purity – or a focus on 'transition finance' instead of on 'net zero finance'.”

He added consideration should be given to the context in which each country operates, its potential to contribute to the world’s collective net-zero ambition, and its specific transition pathway.

Asset allocators should commit capital to transition finance, he said, both in dedicated allocations and the way they measure and monitor progress against climate goals in core portfolios.

“Asset managers must develop suitable vehicles with the integrity and framework to provide comfort that commitments to transition are not greenwashing,” he said, adding it was imperative to create financial instruments that helped capital allocators align portfolios with a real-world, inclusive decarbonisation process.

“Now is the time to align and accelerate global efforts to do right by the planet.” 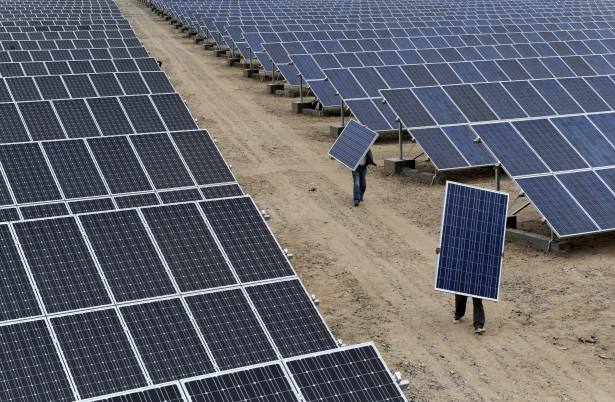 What does Sunak's net zero announcement mean for advisers?

The future of responsible investing regulation

Investments Ninety One ESG Investing
A service from the Financial Times