The UK economy barely grew in February as GDP expanded by just 0.1 per cent, with the economy suffering from the impact of weaker contributions from the health and manufacturing sectors and disruption from storms.

February's growth was lower than markets were expecting and compared with with 0.8 per cent in January, according to the Office for National Statistics.

Consumer-facing services grew 0.7 per cent in February, driven by a 33 per cent rise in travel agency and tour operator services, though these services continue to be 5.2 per cent lower than their pre-coronavirus levels.

A 47 per cent slowdown in the NHS’s test and trace programme and a 65 per cent fall in the Covid vaccination programme contributed to a 1.1 per cent detraction from GDP in the month but the ONS said it was important to note this followed particularly high levels of activity in December and January.

Monthly GDP now sits 1.5 per cent higher than its pre-Covid level in February 2020.

The ONS noted it had received anecdotal reports of the impact of the storms Dudley, Eunice and Franklin which hit the UK between February 16 and 21, but it said it was difficult to quantify these effects.

Susannah Streeter, senior investment and markets analyst at Hargreaves Lansdown, said that while the economy was above pre-pandemic levels, its underlying health may be weaker given increased healthcare activity has been the “crutch” supporting the economy.

“The main contributor to the recovery from the start of the crisis has been human health and social work activities and the reduction of the test and trace scheme and vaccination programme partly accounted for the slowdown in February,” she said.

“We still need to see a shift upwards in overall productivity levels but with the labour crunch intensifying, borrowing costs rising and business investment flagging that is proving elusive.”

Derrick Dunne, chief executive of You Asset Management, said: "GDP currently sits at 1.5 per cent above pre-pandemic levels, however with consumer confidence plummeting and inflation expected to rise once again on Wednesday, fears that the UK could enter a recession this year are rife.

"Whether or not this will become a reality remains to be seen but, against this uncertain backdrop, it would be prudent for investors to review their portfolio and consider where any adjustments may be needed to keep them on course to meet their long-term goals."

Chancellor of the Exchequer, Rishi Sunak, welcomed the positive growth seen across the economy in February.

“Russia’s invasion of Ukraine is creating additional economic uncertainty here in the UK, but it is right that we are responding robustly against Putin’s unprovoked invasion," he said. 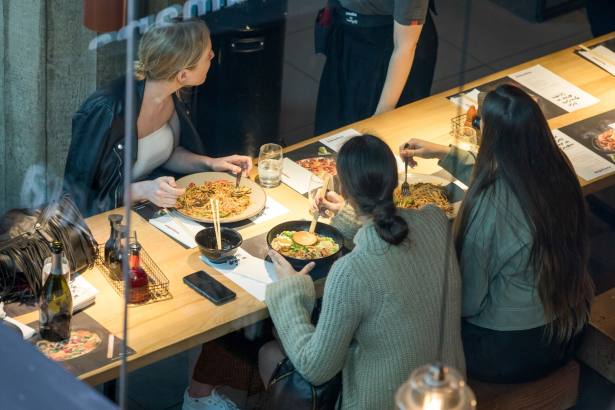