Buried deep in the bowels of the Treasury is a unit called the debt management office, which has the remit of issuing, and paying the interest on, UK government bonds.

One of the challenges this office has to contend with is setting the different maturity levels for UK debt. This means ensuring that not all of the bonds need to be repaid in the same year, but rather have the maturities spread over multiple years.

It was into this milieu that the think tank the National Institute of Economic and Social Research calculated that by not managing the maturity of the government’s bond exposure cleverly in 2021, the Treasury cost the taxpayer £11bn more in interest than it should have done, at a time when the government's bill for interest on debt is rising.

In practical terms, this would mean the government having £11bn less to spend on public services than would otherwise have been the case.

But, while conceding that the government interest bill is higher than it could otherwise have been, a number of leading economists and civil servants have expressed scepticism at the £11bn figure, and indeed at the principle of the government trying to be active in the bond market beyond its core role of selling bonds to investors.

Refreshingly for a think tank, the NIESR was not operating purely from hindsight, having warned the government of the risks associated with its debt management in 2021.

The principle criticism from NIESR is that the government did nothing to change the proportion of its total debt pile that was in inflation linked bonds.

Unlike other parts of the fixed income market, the yields on inflation-linked bonds move in line with inflation, so if you are the issuer of the bonds – that is, the borrower – higher inflation is very expensive indeed.

The NIESR say that in 2021 they advised the government that, with the economic consensus being that higher inflation and interest rates are on the way, it would be prudent to reduce the proportion of the debt pile held in inflation-linked bonds, and other bonds with a shorter date to maturity.

Jagjit Chadha, director of the NIESR, told our sister publication the Financial Times that: “It would have been much better to have reduced the scale of short-term liabilities earlier, as we argued for some time, and to exploit the benefits of longer-term debt issuance.”

They calculate that by not doing this the government paid £11bn more in interest than would otherwise have been the case.

This is because bonds with different dates to maturity respond in different ways to higher inflation. Governments that persistently run budget deficits, as the UK does, have to issue new bonds every year. This means the government will have new interest rates and new repayment dates to contend with each year.

To deal with this, they aim to issue bonds with varying maturity dates ranging from three months to 30 years and beyond. 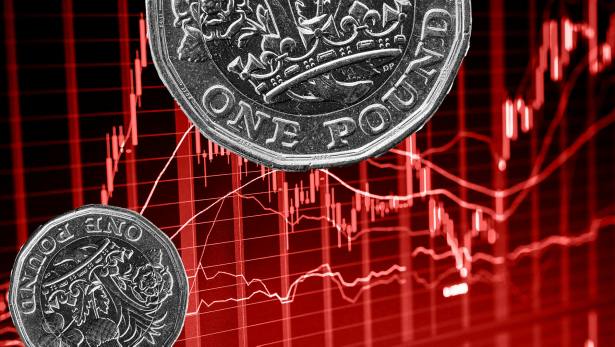 House prices – where are we now?