Ahead of the Autumn Statement tomorrow (November 17), Wealth Club’s founder and chief executive has said the Treasury should be cautious in its approach with uber wealthy tax payers for fear they might choose to move assets outside of the tax net.

Alex Davies, chief executive of the investment service for high net worth individuals urged chancellorJeremy Hunt to “tread carefully” and recognise that the country’s tax receipts are “very dependent on a frighteningly small number of rich people”.

A Freedom of Information request made by Wealth Club to HM Revenue and Customs showed that the UK’s top 100 taxpayers pay £3.8bn in tax each year.

This equates to £38mn each in income and capital gains tax and makes up 2 per cent of HMRC’s total annual revenue from the two taxes.

The chancellor has previously said that all Britons will pay higher taxes after the Autumn Statement, as the Treasury seeks to fill a “black hole” in its coffers of about £35bn.

On top of this, Hunt is expected to build a margin of error of about £10nb to £15bn in an effort to put government debt on a declining path by 2027-28.

Davies argued that while it is “commonly accepted that those with the broadest shoulders should bear the greatest burden”, many do not realise that they “already do”.

“The top 100 taxpayers in the UK paid over £3.83bn in income and capital gains tax last year which is sufficient to pay the average wage of 36,926 NHS consultants or over 112,000 nurses,” Davies said.

“As Jeremy Hunt looks to plug the black hole in our finances this Thursday, he needs to tread carefully,” Davies warned.

Davies pointed out that the wealthy have more options available to them, such as leaving the country.

He also noted that another option available to the wealthy is to “concentrate even more on arranging one’s affairs as to pay as little tax as possible.”

“The Treasury needs to be careful that the relatively small number of geese that it is plucking don’t begin to hiss too loudly.” 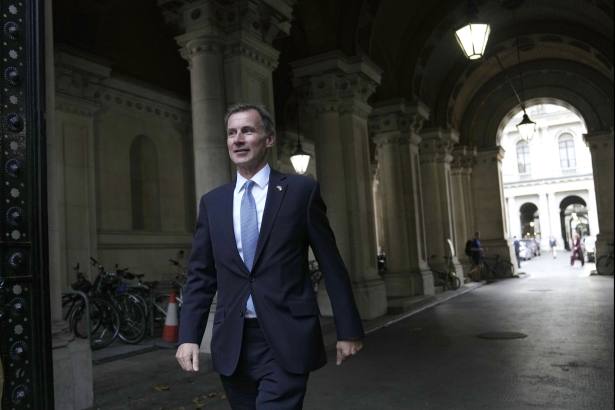 Investments Budget HM Treasury
A service from the Financial Times