Principality Building Society is the latest lender to have its profits and margins narrowed by strong competition in both the mortgage and savings market.

In its half yearly results, published on the stock exchange this morning (August 7), Principality reported a statutory profit before tax of £19.8m for the six months to June — 25 per cent less than the society recorded for the same period last year.

Principality’s net interest margin — the difference between the profits made from investments (mortgages) and the interest paid out to savers — narrowed by 14 basis points to 1.15 per cent over the same period.

Yesterday FTAdviser reported that the so-called mortgage price war had slashed lenders’ profits in the first half of the year as sustained pressure on mortgage pricing saw lenders cut rates in a ‘race to the bottom’.

In today’s results, Principality also put its reduced profits down to significant investment in the “modernisation of mortgage and savings technology” as well as a "better-than-average" savings rates for its members.

The society had a better half year in its savings arm, with an increase in savings balances of £176m bringing the lender’s total assets to more than £10bn.

Principality reported it had raised £315m in wholesale funding and increased retail savings in order to support the growth in net mortgage lending, which increased by £285.6m in the first six months of the year.

It also reported high levels of customer satisfaction, with an improved net promoter score of 80.8 per cent (up from 78.6 per cent at the end of last year) and it stated eight out of 10 members had said they would recommend Principality.

Chief executive Steve Hughes said the society sought to grow and invest in its business over the second half of the year, but noted that economic and political uncertainty, as well as price competition in the mortgage and savings market remained high.

He added: “Despite these challenges, our profitability and balance sheet position remains robust and our performance in recent years has built a solid foundation for us to invest for the future.

“I am proud of the performance of my colleagues in the first six months as our excellent customer service once again makes us stand out from our competitors.

“We have delivered growth against a backdrop of a highly competitive mortgage and savings market, uncertainty over potential base rate changes and Brexit negotiations.” Join us NOW for our webinar: Is value investing dead? 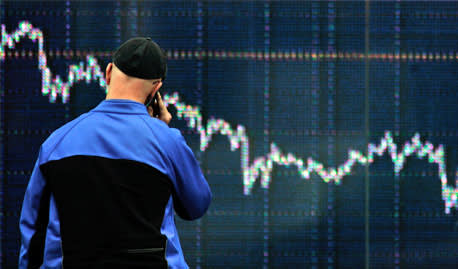