The buy-to-let market has picked up pace despite forecasts that it would be stifled by tax and regulatory changes.

Figures published by UK Finance this week (October 15) showed the number of purchases using buy-to-let mortgages had risen every month, except one anomaly in June, for the past seven months.

In August this year 5,900 borrowers purchased a rental property with a buy-to-let mortgage, almost a quarter (23 per cent) more than the 4,800 who did the same in February.

The figures also showed the value of new buy-to-let mortgage lending had increased from about £6bn in February to £8bn in August.

It’s a buyer’s market. People think they can get hold of property for a good price — both house and mortgage — and many still see buy-to-let investing as a pension plan

The changes led many to predict the buy-to-let market would shrink in size leaving only ‘professional landlords’ able to make viable returns, and many buy-to-let investors did leave the market earlier this year.

But today’s figures suggest the number of new landlords buying property or former landlords expanding their portfolio is on the up again.

Nick Morrey, product technical manager at John Charcol, said the latest rise could be down to the fact landlords were “getting to grips” with the fact buying properties through limited companies was “the way forward”.

He added: “The landlords that were going to leave the market have left, and those that are left have moved into the limited company space and have realised they can borrow what they need in a tax efficient way.”

Due to the shake up to mortgage interest rate relief, limited company status is more attractive to landlords as they can offset mortgage interest against profits which are subject to corporation tax instead of income tax rates, which is cheaper.

He said: “It’s a buyer’s market. People think they can get hold of property for a good price — both house and mortgage — and many still see buy-to-let investing as a pension plan.”

Director of The Money Group, Martin Stewart, agreed, adding that transactions had plummeted over the past two years so it was “inevitable” they would bounce back.

He also thought the market was seeing a polarisation where the “dinner party landlords” were leaving market opportunities behind for more serious minded professional landlords. 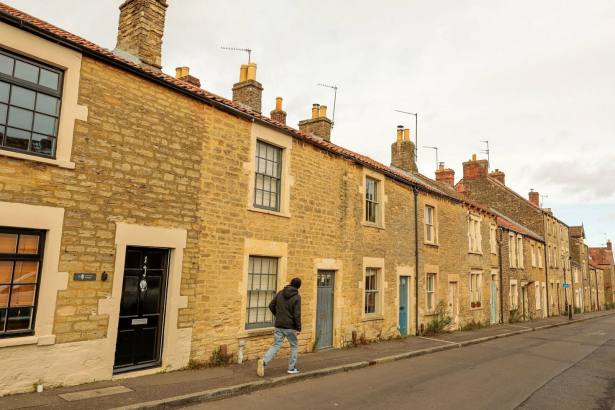