The slowdown seen in the equity release market recently is just a "temporary bump", according to More2Life's Stuart Wilson.

Earlier this year data showed the growth in equity release had slowed during the first half of 2019.

Key’s Market Monitor report showed the number of equity release plans taken out in the six months to July had increased by 5.6 per cent on the year before - compared with 21 per cent growth in 2018.

Mr Wilson, More2Life's corporate marketing director, said: "I think there's a number of reasons for why that's happened and it's important to reflect that the previous five or six years in this market we've experienced double digit growth. No market can sustain that kind of growth permanently, there was bound to be a slowing down at some point.

"I think in terms of the wider economic issues that are also impacting on customer decisions and adviser recommendations - I won't mention [Brexit] - there's loads of things going on in the wider marketplace that might be affecting a customer's view, not just on equity release but on what's happening with the wider housing market."

He added that the whole later life lending market was set for "huge growth" looking forward and that by 2029 it would reach £500bn - almost doubling from its current position.

Mr Wilson said: "[The slowdown] is a temporary bump, not a permanent feature of what's to come." 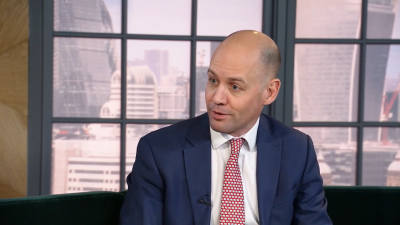