Mortgage brokers have reported delays and scuppered plans encountered by clients as a result of EWS1 forms.

Mr Brown said the onus on building owners to undertake the EWS process and form had led to homeowners unable to sell their property and many deals falling through as a result.

He said: “On each case we warn our clients of the risk of the deal collapsing due to the EWS1 issue and try to use a lender with a free valuation if possible to de-risk them from losing the valuation fee”.

The process requires a fire safety assessment to be carried out and confirmed using the EWS1 form.

At the time, RICS said this was to “combat issues” in the valuation and sale of residential buildings over 18m with external wall systems comprising potentially combustible material.

But Mr Brown said his firm was receiving feedback via estate agents that some freeholders were reluctant to have buildings tested due to the potential cost of rectification.

Anthony Rose, director at LDNfinance, also noted a reluctance from freeholders for the report to be carried out, leading to “severely delayed and jeopardised purchases”.

Mr Rose commented: “Unfortunately, we have had experiences where clients were looking to refinance away from their existing lender to a new lender, perhaps to get a better rate or raise money for home improvements, and haven’t been able to get a new mortgage offered so had to stick with their existing bank.

“The process for EWS1 forms can be extremely slow and hard for the individual borrower to influence, which is causing a lot of stress and anxiety. For some clients they have properties that they are effectively unable to sell and cannot proceed with their planned onward property purchase.”

According to RICS guidance, an EWS1 form may also be required for buildings less than 18m, such as where the “type of occupation of the building significantly increases risk to life in the event of a fire”.

Mr Brown said while the form was designed for buildings over 18m, his firm was receiving requests from valuers for “most buildings” of at least four stories.

Greg Cunnington, director of lender relationships and new homes, agreed: “Anecdotally its use has been wider than its initial intention, with many flats that have no cladding at all or that are below the number of floors in the block requirement being asked for an EWS1 form to be provided.

“This has caused lengthy delays to applications, and real confusion and frustration from clients and managing agents who are not seeing why this is being requested on some properties and can be expensive and time consuming to obtain.” 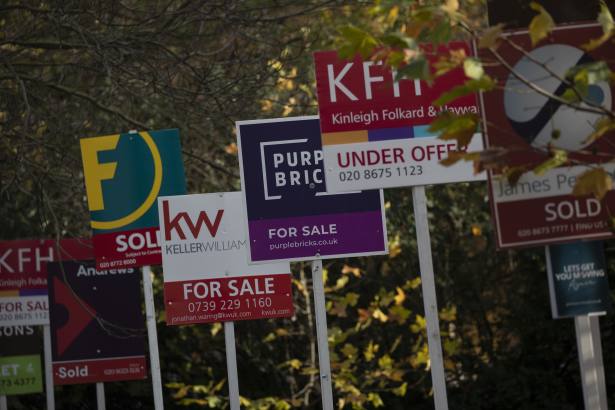